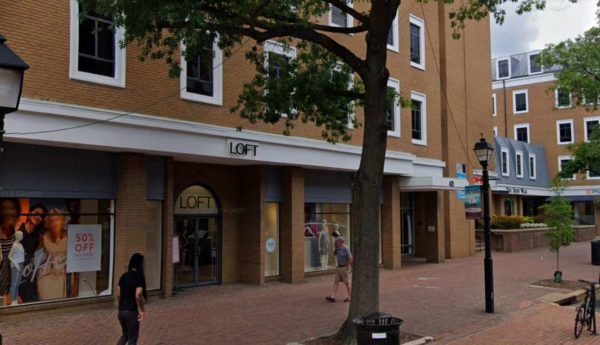 The store had mostly positive reviews and was often busy, but was victim to Ascena Retail Group’s wider bankruptcy filings. The store had survived earlier rounds of closings this summer, which had claimed the stores in the Tysons Corner Center and Potomac Mills Mall but was closed as of early December.

Anne Taylor Loft on King St. is closed. This store has been there for as long as I can remember – 20+ years. I think this building recently changed ownership, so perhaps that had something to do with it. #alexandriava #oldtownalexandria pic.twitter.com/YSVOmxc6Q9

The next closest LOFT locations are in Arlington at Pentagon Row (1201 South Joyce Street) and Clarendon (2700 Clarendon Blvd).

An Alexandria woman was caught carrying a loaded gun at a security checkpoint at Ronald Reagan Washington National Airport on Tuesday (October 4). The incident occurred in the early morning,…

Last Friday, the Washington Metropolitan Area Transit Authority (WMATA) announced that the Potomac Yard Metro station would not be opening this fall, as they’d been insisting it would for months….