Owner Gregg Linzey says he will hold a grand opening at some point, although he didn’t have a grand opening party for his first location at 807 Pendleton Street in the Braddock area in October 2020 — in the middle of the pandemic. The company was founded as a food truck seven months before that, and Linzey was forced to find a new space after the truck got into a crash and was taken out of commission.

Linzey, a former certified financial planner, says he found out about the King Street location while getting a haircut.

“It was a good opportunity, a great location,” he told ALXnow. “My barber, actually, opened up a shop in the same building and told me about the space while he was cutting my hair. I contacted the guys here. It worked out well. We’re looking forward to having this space next to the Metro and having dining inside.”

The 1,350-square-foot space is the former longtime home of a Dunkin’ Donuts.

“We came here thinking that the Dunkin’ Donuts was still here,” Tracie Middleton said. “My daughter and I peeked in and we thought, ‘Our taste buds are ready. Why not? We’ll try it.'” 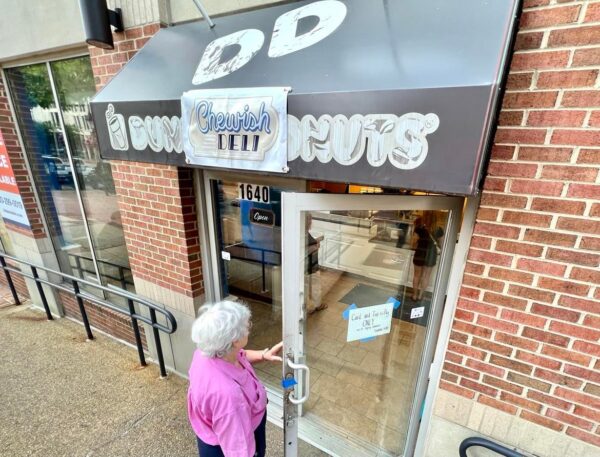 “That is still not 100% decided,” he said. “Running from one location to two is a big change. My plan is to relax a little bit and get both locations running a little more autonomously. We’re trying to figure out our logistics and ordering, and we’re still running into issues with shortages on certain things, which is a bigger challenge now that we have two locations instead of one.”

Linzey lives in Old Town. He’s a native of Haverhill, Massachusetts, and spent years traveling to Brooklyn and eating fresh bagels with his grandmother.

“We’re really the only local bagel shop that puts ourselves out there as New York-style,” he said. “Our bagels are as good as they are because we’re not trying to do anything fancy. We boil them and use malt syrup for the sweetener.” 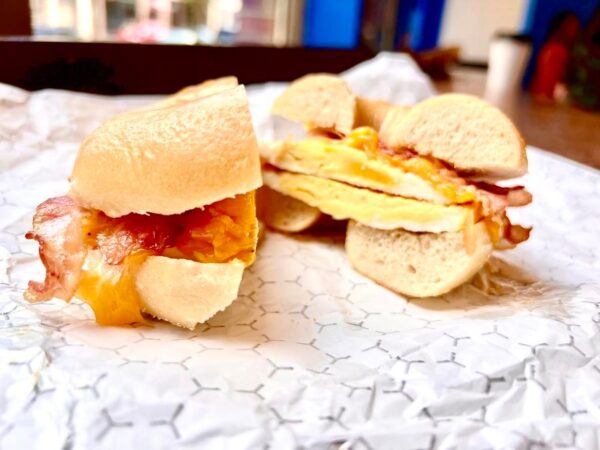