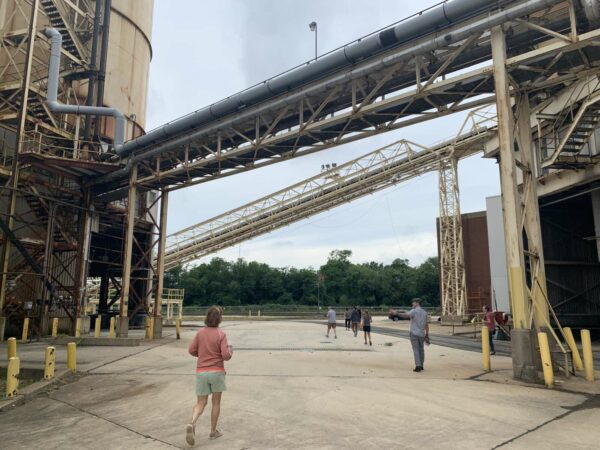 Even after pushback by groups ranging from tenants and worker unions to the Metropolitan Washington Airports Authority (MWAA), Alexandria’s City Council approved a major step for the GenOn Power Plant redevelopment’s Coordinated Development District (CDD) in a 6-1 vote at a meeting last night (Tuesday).

As with earlier contentious developments, City Council members said they acknowledged concerns about the project, but Mayor Justin Wilson said the prospect of finally cleaning up the power plant site eclipsed those issues.

“This is a really big deal today and this is a long time coming,” Wilson said. “If you walked down our waterfront in the 90s and started in the south and walked north, you’d walk through a series of industrial sites and this is the last one that we are talking about redevelopment of.”

Wilson said of all of the industrial redevelopment along the waterfront, redevelopment of the power plant is likely the most challenging and the environmental rehabilitation of the site goes a long way to overriding other concerns.

“The most significant public amenity we are talking about in this is the clean-up of this site,” Wilson said. “And if you don’t believe me go right now to the real estate assessment page. This site is 18 acres and is assessed at $10 million. Eighteen acres in the city of Alexandria would cost you hundreds of millions of dollars, but the reason it doesn’t is because of the dramatic environmental cleanup required on this site.”

While the project had its supporters in the public comment section, several representatives from local unions also showed up to voice concerns that the new development would only generate low-paying jobs. Another concern is that the planned public-private partnership to create affordable housing at the site was built on a shaky foundation, with the possibility of the partnership falling through for one reason or another and the city not getting the full amount of affordable housing units as currently planned. City Council member John Chapman agreed that “it doesn’t excite me that we have the possibility of losing this and only being stuck with a certain amount of housing.”

“I’m excited to see us get to this point,” Wilson said. “I think this is a transformational project. Is this what everyone wants for the site? Of course not. But I think we have a tendency in this city to love these projects to death and I don’t want to see that happen to this one because I think this is so important. 15% of nothing is still nothing. We’ve learned that on projects around the city before.”

“I think this is a big deal,” Gaskins said. “I think this will be transformational… [but] right now we are not using this to its highest and best potential. I also think we have said over and over that this is a place where we are reserving the opportunity to do really creative and innovative things. For me, one of the things I think is the most innovative is the PPP and the opportunities for affordable housing. At the same time, that’s the most shaky part.”

Gaskins said there are too many unknown factors, particularly at a state level, behind the public-private partnership plans to fully trust for a development of this scale.

“There are things we can’t predict,” Gaskins said. “While I love this project, I love our people more. It’s a good project and we need to keep this moving forward, but I don’t feel that we are fully living up to the promise and the vision outlined in the small area plan around housing.”