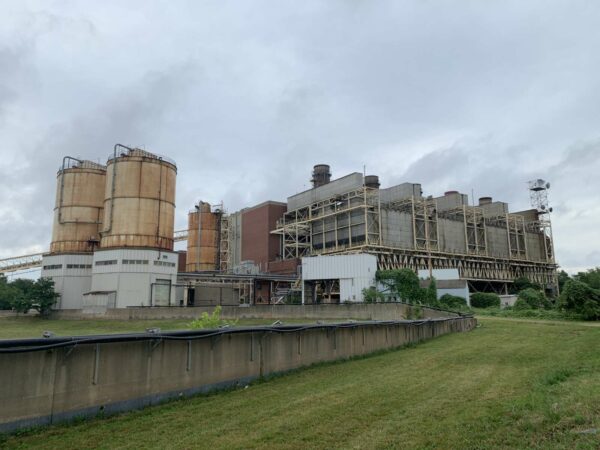 Updated 4:30 p.m. — A spokesperson representing Hilco Redevelopment Partners shared an email with WMWAA indicating that the Airports Authority “is comfortable that the City of Alexandria does not need to ‘defer’ decisions slated for this Application today; instead, the Authority welcomes the City’s expressed commitment in its decision to require increased coordination between MWAA and the City as this Application moves forward.”

The CDD process is strictly to discuss zoning and master planning- there are no specific buildings proposed at this time. Given there are no buildings being discussed, and thus no proposed building heights, we do not believe it is possible for there to be a threat to DCA safety. We would like to request the article be retitled accordingly, as we find the current title to be misleading. Please note: when applications are submitted for DSUP discussions, building heights will be included. At that point, MWAA would weigh in on building height and its potential effects.

Earlier: In a letter to Alexandria’s City Council, the Metropolitan Washington Airports Authority (MWAA) has shared concerns that the proposed redevelopment of the GenOn Power Plant could pose a hazard to air traffic at the nearby National Airport.

Alexandria City Council will consider a proposal tonight (July 5) by Hilco Redevelopment Partners to transform the shuttered GenOn Power Plant in Old Town North into a six block, 2.5 million square-foot mixed use development. The property is 1.2 miles (6,336 feet) from DCA, and the proposal would allow the construction of buildings up to 197 feet above ground level.

The MWAA letter says the structure heights proposed for Blocks C through F of the development “would likely introduce penetrations to Critical Air Navigation Surfaces and would likely impact existing and future air navigation at Reagan National.”

MWAA’s analysis said the approaches to and from the main runway are already constrained by limitations caused by tall structures in Rosslyn, Crystal City and Alexandria, as well as the prohibited airspace east of the Potomac river over large sections of D.C., according to MWAA Planner Gregg M. Wollard.

The letter says a preliminary analysis determined the structure heights should be lowered by approximately 19 feet to ensure no impacts on air travel with the tallest of those blocks coming in at 186 feet and the tallest in the total development as 197 feet. MWAA is also requesting that approval be deferred until the applicant, Hilco Redevelopment Partners, files a permit with the Federal Aviation Administration.

“It is recommended that the City of Alexandria defer its full final approval until a Federal Aviation Administration (FAA) 7460 is filed by the applicant, in accordance with FAA requirements well in advance of construction, and a formal determination is made by FAA for all proposed structures,” Wollard wrote. “In addition, the proposed site will be exposed to loud and frequent noise from low-flying arriving and departing aircraft because of its proximity to DCA’ s existing Runway 1/19.” 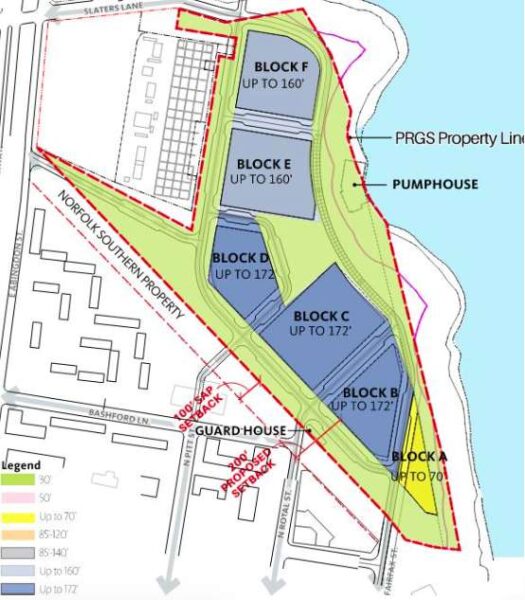 The MWAA letter said that the buildings penetrating the airspace would have a negative impact on airport operations.

“If buildings penetrate these surfaces, they can have an adverse impact on airport operations,” the letter said, “such as restricting the type of aircraft that can operate, destinations that can be served, and impose aircraft weight limitations (i.e., reduced passengers, cargo, and fuel).”

The letter comes after tenants and worker groups in the area also shared concerns about the sweeping redevelopment plans for the site.

James Cullum contributed to this story