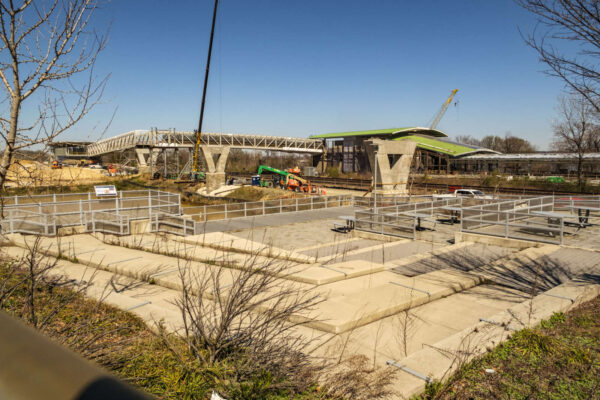 DASH is making some changes to the bus network in Old Town, including one change that has residents concerned.

At a meeting of the Transportation Commission yesterday, DASH Director of Planning & Marketing Martin Barna outlined plans to adjust DASH service in coordination with the opening of the Potomac Yard Metro station. Among those changes is one Barna said has proven contentious to residents along the affected route.

Route 34, which currently runs from the Lee Center to Braddock Road Metro station, will be changed to connect up to the Potomac Yard Metro station instead. As part of that change, DASH is planning to realign the route from N. Fairfax Street to N. Pitt Street.

“This is far and away the most contentious part of our proposal,” said Barna. “We’ve received 30-35 comments from residents along Pitt Street who don’t want to see DASH service along that street for parking and noise concerns.”

Barna said residents along the street have expressed concerns at more congestion caused by the new bus route, while DASH is hoping the shift will provide a more useful route through Old Town North.

“N. Fairfax street is well served by the 30 and 31, which are more frequent,” Barna said. “Nearly all ridership along that stretch are those [lines].”

Without this change, Barna said there will continue to be a four-block gap in DASH coverage between Washington Street and Fairfax Street. With new apartment complexes and grocery stores coming to that area, Barna said DASH saw the change as a good opportunity to potentially provide more service.

One of the other changes for Potomac Yard DASH routes is that the 33 and the 36, which currently go to Potomac Yard, will continue serving the shopping center but will go to the Metro station first.

“We’re trying to make sure the people trying to catch trains can go directly there,” Barna said.

Barna also provided the Transportation Commission with an update on the fare-free and electric bus programs. With DASH ridership going up, Commissioners asked Barna how much money was being taken off the table by the fare-free program.

“Last year council increased budget by $1.5 million to offset lost revenues,” Barna said. “Before the pandemic we were making $3.5-4 million in revenue but we’re not back to that point. It’s hard to say whether riding because fares are free or because they’d normally be riding.”

Barna said that $3.5 million could pay for around three electric buses, which are more expensive than diesel ones, but that DASH doesn’t currently have the infrastructure to support the additional buses anyway. DASH is currently “aggressively pursing grants” to boost the bus system’s electric infrastructure, Barna said, as well as working through the development process for a facilities expansion.