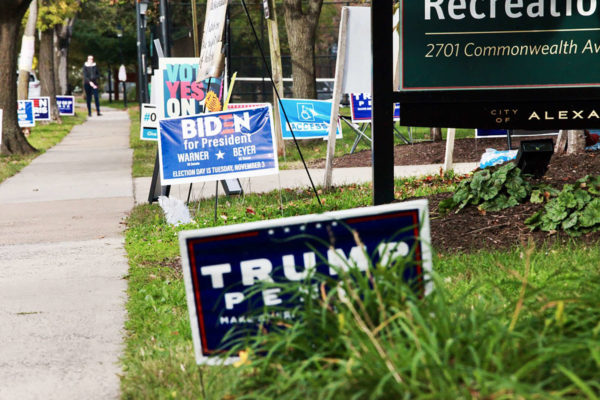 Last week, Agenda Alexandria sat local Republicans and Democrats together at a table to hash things out and try to find a way forward.

The round table discussion featured former Delegate Mark Levine and Legislative Director Sarah Taylor voicing the more Democrat-aligned viewpoint. On the Republican side was The Family Foundation Director of External Relations Michael Leaser and Michael Ginsberg, vice president of CACI and leader of the Suburban Virginia Republican Coalition.

One of the main points of discussion was the Dillon Rule, a longtime nemesis of local governance that the Democrats at the table should be a point of agreement between both Republicans and Democrats but hasn’t been.

“When I first learned about what conservatives were, I’d heard that conservatives believe in local control and elected officials closest to the people should be able to decide these things: that’s a load of hooey,” said Levine. “That’s not true, at least not in Virginia. I guarantee you the Republicans do not want local control for Alexandria, they want power, and if they control the state levers they will use that power.”

Taylor said her job in Richmond is to serve the interests of the city and not be a “party hack”, but said the Dillon Rule has been a source of frustration for local advocates even though it does provide the legislative director with a degree of job security.

“I will never understand why a legislator from far southwest Virginia cares one iota about something we’re going to do in Alexandria,” Taylor said.

Taylor said the main argument she hears from Republican legislators in favor of the Dillon Rule is keeping Virginia laws from splintering dramatically along local lines. Levine said the issue isn’t local vs state control, but which localities are granted more or less authority based on their political alignments.

Ginsberg acknowledged those divisions exist but said that for some Republicans the Dillon Rule exists as a way of holding the line on what he called “principal issues.”

“Some of that is about principal issues, like gun control, where people feel strongly about something in principal,” Ginsberg said. “That’s an issue where you’re down so far away from Alexandria you might say ‘this is a matter of constitutional principal and I’m not going to support that.'”

Still, Ginsberg said there are issues that are very in the weeds where localities understandably “don’t want the camel’s nose in the tent.”

Leaser said he was generally in favor of more of that authority being shifted to localities.

“I am a small-government conservative,” Leaser said. “As much as possible, when it makes sense, local governments know their people better than the state. That might not be a popular opinion among Republicans here, but I think that is a conservative position.”

Leaser said he’s worked across the aisle on other issues, like defeating a casino referendum in Richmond or helping to secure funding for the Martin Scorsese film Silence. Leaser said one area he’s hopeful for collaboration with Democrats is expanding charter school options in Northern Virginia. Leaser said many families have issues with public schools and a “good, robust charter school system in Alexandria” could help diffuse some of the tensions about what is taught in classrooms.

Reaching across the aisle is something Ginsberg said Governor Glenn Youngkin will need to do more if he wants to achieve his aspirations for higher office.

“When you can reach across the aisle and find a middle ground, finding those issues it pays a lot of dividends from a political perspective, but it also sets lane markers for where we can get things done in Richmond,” Ginsberg said. The other thing in this, and this is a thing a lot of activists will tell you: Youngkin is a man of some ambition. I don’t think this is going to be his last elected office. I think he would love to have an opportunity to prove to voters that ‘I can work across the aisle and I can get things done with both sides.'”

Youngkin hasn’t had the best reception in Alexandria so far, but Ginsberg said he’d encourage Youngkin to find common ground with Democrats on more issues.

Levine argued Youngkin has already helped to bring some Republicans and Democrats together, though maybe not in the way he’s intended.

“The tip line, to call the state if a teacher teaches something controversial: every single superintendent in the Commonwealth has signed a letter saying to get rid of that tipline,” Levine said. “He’s brought people together: but against these policies.”