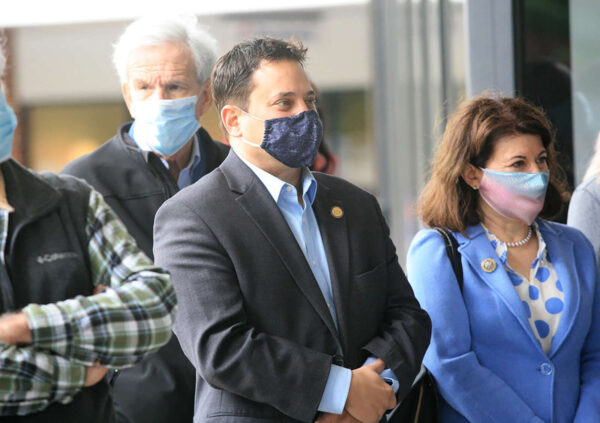 Delegate Mark Levine isn’t out of the politics game yet, but he’s keeping his cards close and still hasn’t made up his mind about next moves.

It’s been weeks since Levine lost the Democratic nomination for both seats he sought in the June 8 primary, as Del. Hala Ayala won the lieutenant governor’s primary race and Alexandria Vice Mayor Elizabeth Bennett-Parker won the nomination for his Delegate seat for the 45th District.

“I’m not gonna rush into doing anything,” Levine told ALXnow. “I don’t think that’s the right thing to do, I’m gonna take some time and figure out what my next steps are.”

Levine left a message recently with his House opponent Alexandria Vice Mayor Bennett-Parker, and says he has offered her information on constituent services and congratulated her for the win.

Levine says he still plans to watch the City’s birthday celebration from his home near the waterfront in Old Town, but that unlike years past this time will not be a fundraiser.

“I’m not done doing whatever I can to help improve this world, that’s for sure,” he said. “Which path I will take remains to be seen.”