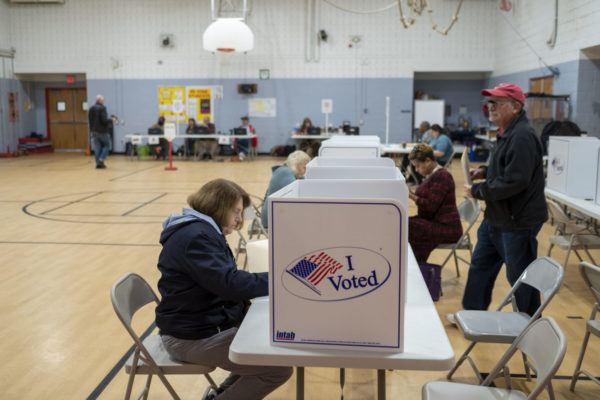 It’s an early Christmas for Alexandria leadership, with Democrats taking control of the Virginia legislature opening the door for efforts to assert local control of several key policy questions.

Virginia is a Dillon Rule state, which means that localities like Alexandria can only exercise powers expressly granted by the state. In practice, Mayor Justin Wilson said this leaves localities forced to seek approval from the state for basic city policy questions, particularly on fiscal issues. Under a Republican majority, Alexandria struggled to have many of its legislative priorities addressed.

“We’re looking for a lot of partnership on the financial issues,” Wilson said. “I want to see a General Assembly that respects local control and gives us the authority we need to represent our constituents. We struggle quite a bit — and this is not a right or left thing — but all jurisdictions struggle with a General Assembly that insists on taking a ‘mother may I’ approach to basic policy questions.”

In a recent joint meeting between the School Board and the City Council, City Manager Mark Jinks said the city was reaching the limits of the state-set maximums for certain taxes, like the meals tax and hotel tax.

“We’re going to be looking for the General Assembly to recognize some of the significant constraints that we have locally around raising revenue and funding schools, education, transportation and human services,” Wilson said. “On the education side, the whole urban crescent of Virginia is struggling with growth and student enrollment. It’s been years since the state has been an active partner in financing schools.”

Wilson said he was also hopeful that the new General Assembly would restore money previously taken from the Northern Virginia Transportation Authority and work to increase partnerships in transportation infrastructure.

Like many Democrats, Wilson said he’s excited for potential statewide progress on issues like gun safety and reproductive rights, but his attention is keenly focused on the minutiae of how the new leadership in Richmond impacts local governance in Alexandria on issues like revenue and regulation of land use.

“We have a diverse state with very different economies and very different pressures, but we have a tax structure that’s identical across the state,” Wilson said. “I hope the General Assembly takes on comprehensive tax reform. We have a tax structure based on an economy that doesn’t exist in Virginia anymore. It taxes the movement of goods when our economy is based on services. Comprehensive tax reform has not been undertaken in Virginia in quite some time.”

Professor Frank Shafroth, director of the Center for State and Local Leadership at George Mason University, said in an email that the likely city wishlist of priorities pursued over the next few years might make Santa blush. According to Shafroth, items the city is likely to push for include:

While it doesn’t share the same immediacy as issues like school funding, Wilson noted that the new leadership in the General Assembly does open the door for further discussions on moving the Confederate statue on Prince Street. State law currently prohibits the removal of memorials or monuments related to any war involving the United States without approval from the General Assembly.

“Where a statue is in a community is a type of issue a local government can manage on its own, not a state issue,” Wilson said. “On that, like every other issue, going to want to give the government closest to the people to shape policy on the issue.”