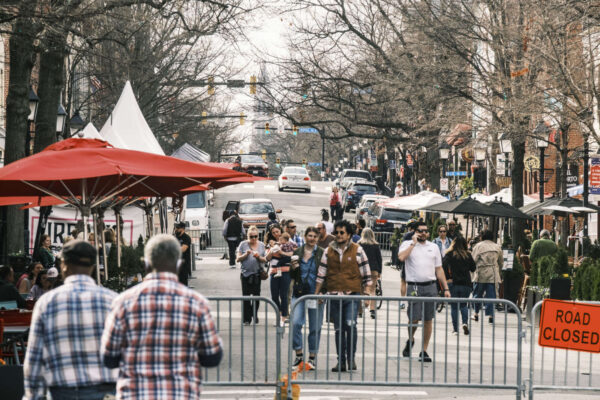 The pedestrian zone on the 100 block of King Street has been a hit, so much so that the city is looking to expand the program to the unit block, which prompts the question: what should be the ultimate extent of the pedestrian zone project?

Last year, the City Council voted unanimously to make the closure on the 100 block permanent. The city is also taking a look at ways to make the 100 block’s pedestrian zone “look” more permanent. A new proposal going to the Planning Commission and City Council in April will put a similar pilot project into effect for the end of King Street and The Strand by the waterfront.

City staff have said the unit block is a natural extension of the 100 block’s closure, with that permanent closing having already reduced vehicle traffic on the unit block, but should the program continue up to the 200 block? Should the pedestrian street program eventually extend up to the King Street Metro station, as some have suggested, or should it remain just a feature of the blocks closest to the waterfront?