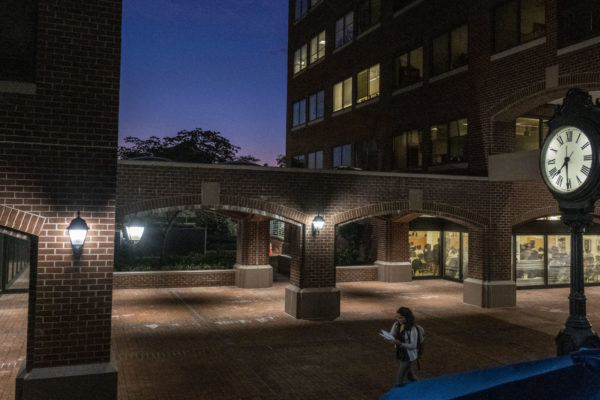 Updated at 6:30 p.m. — The Alexandria School Board on Monday (March 14) was advised against talking to the media, as the Board received a refresher on their operating procedures.

Board members were told that they have to be careful of what they say out of concern for the division as a whole, prompting some members to question toeing the line of Superintendent Gregory Hutchings, Jr. and staff.

The Board’s operating procedures stipulate that any questions from media related to personnel, student matters, school programs and exceptional/emergency events should be fielded by Board Chair Meagan Alderton and the ACPS communications team. School Board members are discouraged against discussing division-wide topics in an effort to minimize the fallout of inaccurate information going out into the community.

Hutchings said that the media has taken his comments out of context and that it’s important that media questions be forwarded to his staff. He also said that media training is available for Board Members.

“I think you always have to, because their (media’s) time is actually time-limited,” Hutchings said. “I can just tell you, I get bombarded from people at events as soon I step off the stage, and I say, ‘You gotta wait until I talk to my team first, because I want to make sure what the pros and cons are of it.'”

Member Kelly Carmichael Booz was confused as to whether the Board is being coerced against talking to the press.

Board Member Abdel Elnoubi said that, as elected officials, Board Members are accountable to their constituents and can talk to media.

“We are accountable to our constituents,” he said. “Officials should be able to talk to our community openly without filtering anything if we don’t have to, or if we don’t want to.”

Board Member Willie Bailey, a former City Councilman, said that talking to media is a “slippery slope.”

The work session was not listed on the School Board Meetings page, as required by their own operating procedures, and it was not recorded for public use. A recording of the media-related portion of the meeting is below.

Meeting facilitator Laurie Cromwell also said talking to media is a slippery slope, and told Board Members that they should — out of concern for the division — revert to the School Board Operating Procedures protocol when talking to the media.

“You’re going to have to use your judgment on that,” Cromwell said. “But I think if you have the time, I would definitely do that just so your comfort level in responding is consistent and cohesive with what communications is saying, or what other people are saying that are involved in leadership.”

Alderton did not speak on the matter at the meeting, and did not respond to questions via email.