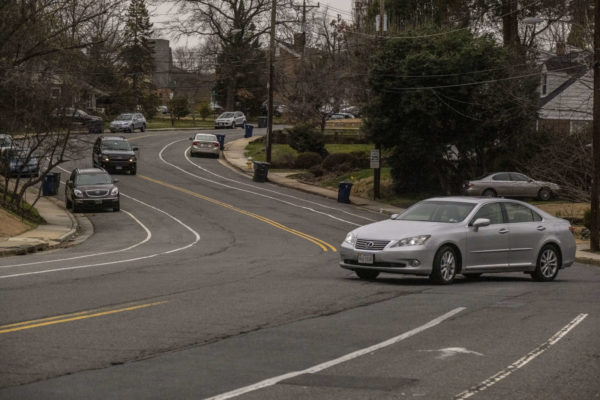 At a meeting on Saturday, the City Council unanimously approved an ordinance that will allow City Manager James Parajon to reduce speed limits in Alexandria as low as 15 miles per hour.

The ordinance, unanimously approved by the City Council, allows the City Manager to “reduce posted speed limits to less than 25 miles per hour, but not less than 15 miles per hour on any city street located in a business or residence district.”

“Speed kills,” said Mike Doyle, founding member of Alexandria Families for Safe Streets. “Even through the pandemic, the number of crashes and fatalities has risen. This ordinance of lowering speed limits will help. It’s not the final say, but it will help to reduce fatalities.”

Doyle said that while statistics highlight fatalities, serious injuries can leave people reliant on their families for help.

“One way to improve safety is to reduce speed limits,” Doyle said. “Drivers will slow down, save themselves from being in a crash, and more importantly will save lives.”

Nicole Radshaw, who was hit by a car on Seminary Road while biking to work, spoke in favor of the ordinance.

“I was lucky enough to be hit by a car at 25 mph instead of 35,” Radshaw said. “Drivers have a wider range of vision when driving at lower speed limits… Although changing speed limit signs will alter some behavior, more actions need to occur at the level of road design.”

Radshaw credited City Council member John Chapman for starting a discussion on social media about the ordinance. On his Facebook page, the response was decidedly more mixed than the feedback from the public comment at the meeting.

“It was good to see people share, good to hear some of these stories we need to understand as a community; the value of our pedestrians, the value of our bicyclists, the value of having folks driving that are paying attention to the rules of the road,” said Chapman. “Those are all things that we, with this policy change, want to make sure we as Alexandrians do.”

Chapman said in addition to the ordinance, the City Council should take a closer look at better enforcement of traffic calming measures.

“This has to be part of a first step to our general street design,” said City Council member Sarah Bagley. “It’s the beginning of a process rather than the only step. We need to make street design more inclusive for all.”