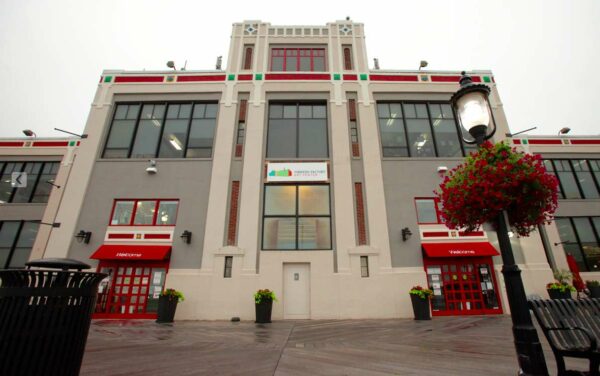 A group of activists pushing back against city plans to overhaul the Torpedo Factory Art Center have accused city leaders of working with developers to astroturf a pro-overhaul faction, but city leaders said the goal wasn’t to mislead.

A Change.org petition with 7,694 signers at time of writing has become an online hub for those opposing the city’s plans to reduce artist studio space in the Torpedo Factory and replace it with alternative arts spaces (like glassblowing) or restaurant space. A Freedom of Information Act (FOIA) request made public by the petition organizers highlighted city emails with and about the “Torpedo Factory for All” initiative spearheaded by developer Route 66 Ventures — one of the developers pushing to lead the overhaul.

The emails show that city leaders were aware of the distinction. In one email from City Manager Mark Jinks, he pointed out that the Torpedo Factory for All initiative was not the same as the community-based Waterfront for All it was trying to imitate.

“While the marketing message is similar, in my opinion, the difference between ‘Waterfront for All’ and ‘Torpedo Factory for All’ is that the former was largely a community-based organization and the latter is driven largely by for-profit interest(s) including the largest single property owner on Union and lower King,” Jinks wrote.

While my recommendation overall would be to not engage in a discussion about this, I’ve edited the talking points. Please do not mention Rt 66. We don’t have any information on that and I don’t want us to be part of what could be seen as a rumor.

I am continually asked about this. My answer is that I don’t know who is behind it or what they’re trying to do. We agree that the Torpedo Factory should be for everyone and of course we agree with the statistics – they’re from our reports. Right now, staff is focused on implementing the vibrancy and sustainability plan and on gathering the information needed to go to council in December. When they ask a follow up, I repeat the above statement.

I know it’s hard to be on the front line, but we can’t get dragged into this.

Some of you may remember the “Torpedo Factory for All” campaign that appeared out of nowhere last summer and disappeared just as quickly.

At the time, the staff at the Office of the Arts claimed no knowledge of this project. However, these emails obtained via the FOIA (Freedom of Information Act) show that they not only knew about it, they were in communication with the organizers, and they conspired to lie about it to the artists whose future might be impacted by such a campaign.

Ruggiero told ALXnow she didn’t have concrete information about who was organizing the Torpedo Factory for All initiative and didn’t want to misinform the public.

There were a lot of people (including artists) who thought TFFA was a City initiative (or that we were involved, which we were not) and my team was interested in clarifying it. My request to not mention Rt 66 was that we didn’t have any specific information connecting them to the Torpedo Factory For All (TFFA) initiative. We thought they might be involved (especially since there were signs in their office space), but there was no information on the website or signs that provided a point of contact or anything mentioning Rt 66 and I was hearing from others that there was a “community group” involved so if someone asked why we mentioned Rt 66 we didn’t have anything to point to.

Since we couldn’t be 100% sure, I felt it was best to not mention them in our FAQ in case we were wrong. It was not in an attempt to hide anything.

END_OF_DOCUMENT_TOKEN_TO_BE_REPLACED

More Stories
Ask McEnearney: Is it a boom or a bubble?Wary of new Governor Youngkin, ACPS still proposes 10.25% in staff raises