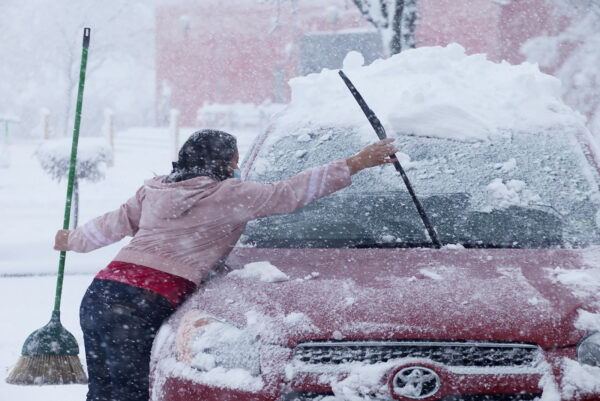 One day after a severe snowstorm hit Alexandria, some things are returning to normal while other services remain closed.

City facilities had a delayed reopening at 10 a.m. today with local courts remaining closed. Alexandria libraries scheduled to open at 10 a.m. will instead be opening at noon to give staff time to clear off the sidewalks. The Animal Welfare League of Alexandria is open by-appointment starting at noon.

The AWLA will open BY APPOINTMENT today at noon. If you have any wildlife concerns or animal emergencies, please call 703.746.4444. Thank you! pic.twitter.com/C6C3kskjsA

Alexandria City Public Schools has moved to virtual schooling for the second day in a row.

Those who set their trash, recycling, yard waste or leaf collection out today may have already discovered this, but the Monday collection has slid to Wednesday, Jan. 5., with every day offset by two after that.

Meanwhile, the city said in a press release that road and sidewalk clearing is still underway and property owners should be clearing sidewalks.

“Roads are plowed by priority,” the city said. “Snow emergency routes are plowed first, followed by secondary routes, intermediate routes, and then residential streets… Clearing sidewalks, driveways, and entrances is the responsibility of the adjacent property owner, occupant, community association, or business. The recent storm event has been declared Level 2. As a result, responsible parties have 48 hours from the end of snowfall at 2 p.m. on Monday, January 3 to clear paths. The deadline for clearing paths and walkways is Wednesday, January 5, at 2 p.m.”