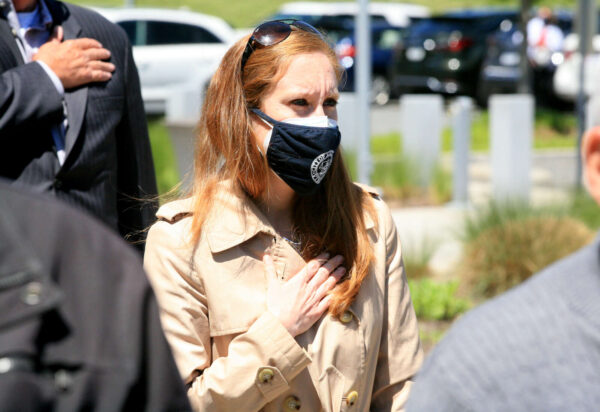 “I’m honored to be the Delegate-elect for the 45th District,” Bennett-Parker told ALXnow. “Thank you to every voter who put their faith in me. I got into this race to continue delivering for our community.”

She continued, “I will always strive to ensure that our Commonwealth is an equitable and inclusive place for all.”

Bennett-Parker said that she did not speak with Maddox, who conceded via an email to supporters on Tuesday night. She won a resounding victory, garnering 73% (25,787 votes) of the votes in the District versus Maddox’s 27% (9,489 votes), with 26 of 32 districts reporting.

“While I am let down by the results of this election, I am encouraged by the strong signal of support for the moderate position that I championed throughout the campaign,” Maddox wrote. “It has become clear to me that voters in District 45, and much more widely, are eager for movement toward the center, and are disheartened by the extreme partisanship they’re hearing from both sides.”

According to city records, there were 24,207 absentee votes filed before election day, or around 25% of the 96,302 active registered voters in Alexandria.

She will be sworn into office in January.