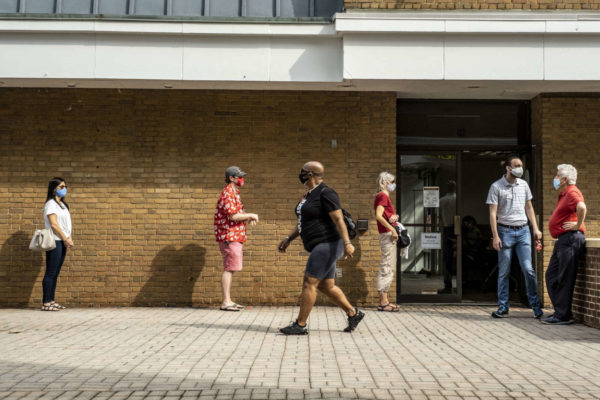 (Updated 9/30) Alexandria’s incumbents running for re-election managed to hold on through the Democratic primary, but they face Republican and Independent challengers in the upcoming November election.

The Seminary Ridge Civic Association recently announced that it will be hosting two election forums throughout October, one for the City Council candidates and one for Mayoral candidates.

“The Seminary Ridge Civic Association (SRCA) is hosting two candidate forums in October to raise awareness of the candidates running in the November Alexandria elections,” the organization said in an email. “The first forum will be on Wednesday, October 6 (7-9 p.m.) for the nine candidates seeking to be on Alexandria’s City Council.”

Both events will be live-streamed on Zoom, with a link already available for the first forum. The SRCA said another email will be sent closer to the date with a link to the Mayoral debate.

The Democratic City Council candidates are:

They will face off in the fall against Republican Darryl Nirenberg and independents Florence King and Glenda Gail Parker.

Incumbent Mayor Justin Wilson, who fended off a challenge from former Mayor Allison Silberberg, will face Republican Annetta Catchings. Their debate with the SRCA will be held on Tuesday, October 19, from 7:30-8:30 p.m.

The Alexandria Council of PTAs (PTAC) is also planning a meet-and-greet and forum for School Board candidates. The meet-and-greet will be at 4 p.m. on Saturday, Oct. 2, on the tennis courts at William Ramsay Elementary (5650 Sanger Avenue). The virtual forum will be on Wednesday, Oct. 13, at 7 p.m.