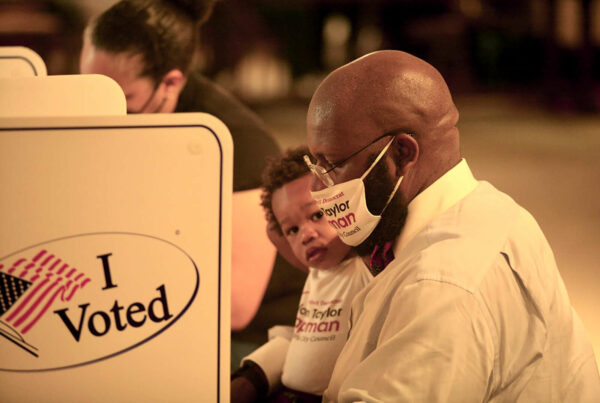 The Alexandria City Council incumbents held onto their seats in a hotly contested Democratic primary, and will be joined by three new faces to the Council if the results carry over into the November election.

Alexandria City Councilman John Taylor Chapman received the most votes in Tuesday night’s Democratic primary, winning 12.07% of the vote. Alyia Smith-Parker Gaskins won the second most, with 11.96% of the vote.

“I’m so grateful for the trust that people still have in me,” Chapman said. “We have an amazing campaign team. It was hardworking hours with our team, talking about the issues and how we solve problems in Alexandria. We took issues to the voter and talked about issues — and issues people were interested in talking about. We didn’t always agree with each and every person, but I feel that we showed our passion for the city and making sure the city moves forward.”

“I’m very excited to move forward and continue the work that we’re doing,” said Aguirre, an incumbent who came in fourth.

Bagley, who came in fifth, said volunteers helped make up the difference in campaign funding.

“We didn’t have the most money or machine, but we had a core of dedicated people and I knocked as many doors as I could,” Bagley said. “I had volunteers write 9,000 handwritten postcards.”

Kirk McPike, who made it into the sixth slot by a little over a little over 700 votes, said he was nervous as the results were coming in.

“Little bit of drama there for you,” McPike said, “We didn’t know if we were going to finish in the top six. We do have five months where we can talk as a democratic slate about the vision that we have for the City of Alexandria. We have a Democratic slate that is pretty united in how we want to move the city forward, and it aligns with city values and will result in more success in November.”

The Democratic slate will face off against Republican Darryl Nirenberg and Independent Florence King.