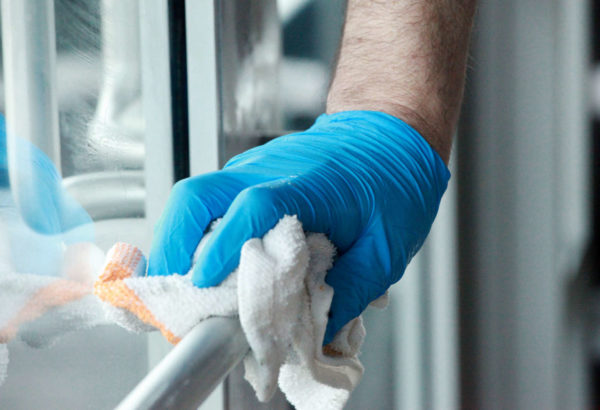 The U.S. Department of Labor has filed an administrative complaint against a janitorial government contractor operating in Alexandria for discriminating against Black and white job applicants in favor of Hispanic applicants.

The Department of Labor filed the complaint against New York-based ABM Janitorial Services on September 15, although the investigation into the contractor began in 2015. Three compliance reviews were made at ABM locations — one in Baltimore, Maryland, and two in Alexandria in the 100 block of Claremont Avenue.

In Alexandria, the government determined that the contractor has “engaged in racially discriminatory hiring practices, failed to preserve and maintain its personnel and employment records, failed to conduct adverse impact analyses, and failed to develop an auditing system,” according to court records.

The entry-level jobs pay $10 to $11 an hour, and the minimum qualifications are being 18 years of age and having a legal right to work in the U.S.

The contractor’s cleaning services for the U.S. Army from 2015 to 2018 amount to more than $174 million, and it also has a $68 million contract with the General Services Administration that runs until 2023, according to court records.

The investigation also found that white applicants were discriminated against in favor of Hispanic applicants at a Baltimore location.

Despite repeated requests from the U.S. Office of Federal Contract Compliance Programs, the government says that the company has not shown evidence that it changed its hiring practices. The complaint asks the court to cancel all of AMB Janitorial Service’s government contracts and prevent it from working with the government again until the noncompliance is remedied.

“We will work in conjunction with the Office of Federal Contract Compliance Programs to ensure that federal contractors administer their federal contracts without discriminating against applicants and employees,” said U.S. Labor Department Solicitor Seema Nanda in a statement. “We will continue to use all available resources to ensure every applicant can seek employment free of discrimination and bias, and when we find evidence of discrimination we will pursue these alleged violations in court.”