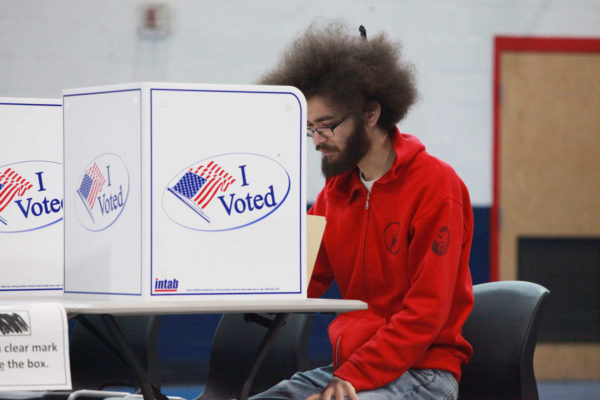 Aguirre voted for the road diet, and said that the opinions of the civic associations were taken into consideration at the time.

“I don’t think that the civic associations were ignored,” Aguirre said. “We listened, we disagreed and that showed in our vote… I want us to be able to get back to a place where we can be able to disagree in a civil way.”

All the candidates said that civic associations are important, as are the recommendations from the city’s board and commissions.

McPike said that, if elected, he intends to conduct regular town halls across the city, and to work with civic associations to participate.

“It’s important that we’re hearing from a wide range of opinions and the civic associations can be channels by which to bring that input into our policymaking process,” McPike said. “The next council has to be ready to help the city fully recover from the effects of this difficult year. And I believe in my time working on city Commission’s and my legislative skills from Capitol Hill will enable me to hit the ground running on day one, to help the city do exactly that.”

Moran previously said that he would vote to reverse the road diet if elected, while Gaskins said that she would not reverse it and that funds could be better spent elsewhere.

Most candidates were opposed to the idea of colocating affordable housing on the grounds of Alexandria City Public Schools, but none want to back an ordinance preventing it from happening.

“We have to look at everything that’s on the table,” Aguirre said. “If it’s an argument around safety, then I fundamentally reject that argument, because when you look at the schools that we have today in Alexandria, you literally have schools that are across the street from million dollar homes and from public housing. If you don’t believe me, come take a trip with me. I’ll take you around the different schools and show you.”

Bagley, who runs an affordable housing nonprofit in D.C., said that schools need to be left alone.

“We have a shortage of capacity for schools themselves and for classrooms and recreational spaces and pools and all those issues,” Bagley said. “While I think we have many other more pressing ways to use our city on spaces, I would not push for a permanent bar to consider it in an architectural consideration.”

Moran only wants colocation of housing for teachers at ACPS.

“Alexandria’s average starting pay for teachers is $56,000,” Moran said. “That’s not enough to live in our city…. I don’t think we ought to be looking at housing for any other types of scenarios to meet our housing goals. I think that we can find solutions alternatively for that, but for teachers, yes.”

The mayoral forum between Mayor Justin Wilson and former Mayor Allison Silberberg is at 7 p.m. on Thursday, May 27.

Early voting has already started, and the Democratic primary is June 8.