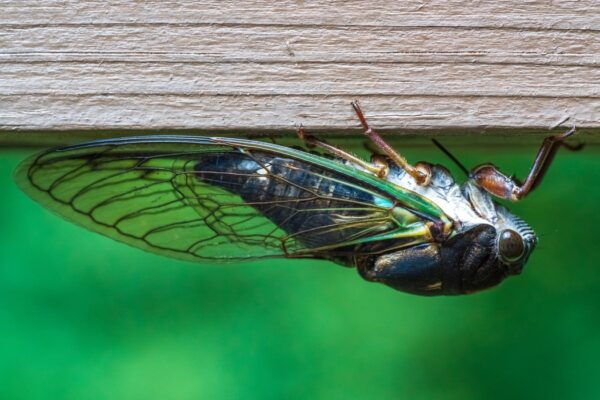 Cicadas are all the buzz right now, and the city released a quick update with advice for local residents and updating some tree plans to deal with the bugs’ anticipated emergence.

“The City of Alexandria will experience the 17-year cycle of the emergence of millions of the Brood X Cicadas from underground to mate and lay eggs in trees throughout the City now through mid-summer,” the city said in a press release. “The egg laying will be concentrated on smaller diameter twigs and branches. Impacted trees will exhibit clusters of dead leaves and branches that droop and turn brown as their circulation is cut off by the implanted eggs.

The city said that most trees will take unsightly but superficial damage.

“The trees will shed their damaged portions and continue growing,” the city said. “Some trees, particularly young, newly established trees, may succumb to their injuries.”

The city is making a few changes to its normal planting schedule to accommodate. Spring tree plantings will be delayed until the fall to avoid cicada damage, and recently planted trees will be watered to try and boost their health and ability to deal with cicada damage.

The city said it would not be spraying pesticides to deter cicadas, however, and netting won’t be installed on trees.

“While effective, netting is not economical at the municipal scale,” the city said. “Individual property owners should still consider netting as a potential protective measure for small or newly established trees.”