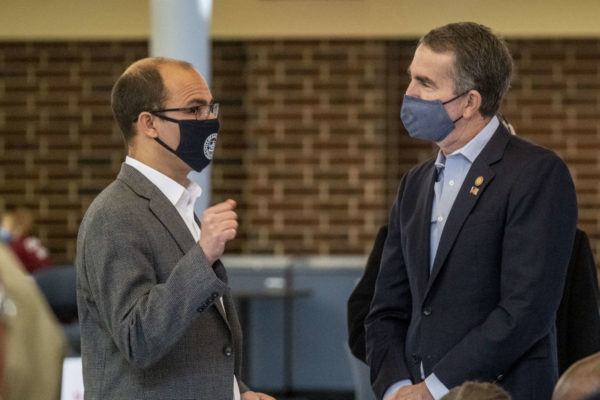 “Local government is where the policy rubber meets the road, and we need effective leaders like Justin there to implement policies and innovate solutions to the problems of everyday Virginians,” Northam said in a statement. “Under Mayor Wilson’s leadership, Alexandria has consistently created a model for the entire Commonwealth. From COVID response to affordable housing coalitions to equitable transit, Justin has led on the issues most important to Virginians.”

The endorsement comes after Northam also backed a number of other candidates, including former Governor Terry McAuliffe in his bid to retake the governorship, Delegate Hala Ayala for lieutenant governor, and Del. Jay Jones for attorney general.

Wilson is running against former Mayor Allison Silberberg in the June 8 primary, and then  the winner of that contest will go against Republican Annetta Catchings in November.

“I am honored to have Governor Northam’s support,” Wilson said in a statement. “Partnerships with our statewide leaders have allowed us to weather the current pandemic and preserve our local economy. Because of the coordinated effort between Alexandria and Governor Northam’s administration, we are in a place to rebuild stronger than when this pandemic started.”

The partnership with the Commonwealth has never been more critical, and we have worked together to support the residents of our City during this extraordinary time. pic.twitter.com/k0R41njroW