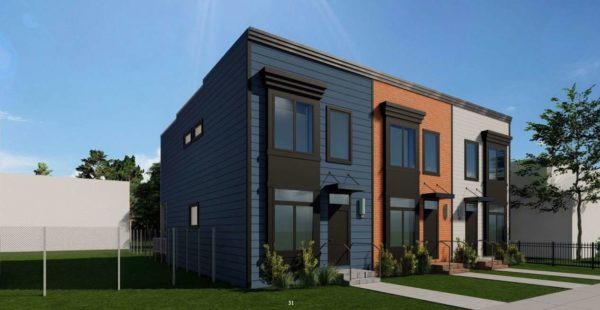 Move over Meghan Markle, there’s a Princess scandal in town.

The long back-and-forth saga over a new trio of new homes is scheduled to continue later this month when the applicant returns to the Board of Architectural Review on Wednesday, March 17.

The applicant is hoping to build three new single family dwellings on three small parcels, but the lot has sat empty since 1893 and nearby neighbors are pushing back against a development they say is crowding in.

The resident of 1403 Princess Street spoke at an earlier public hearing to describe how the new development would be pressed up against the front door of his house — built on the side of the building under the erroneous assumption that the parcel next door wouldn’t be developed.

The project made some changes as a result of earlier input from the Board of Architectural Review but the core design of the project remains intact as it heads to public review later this month.

Staff are recommending approval of the project.