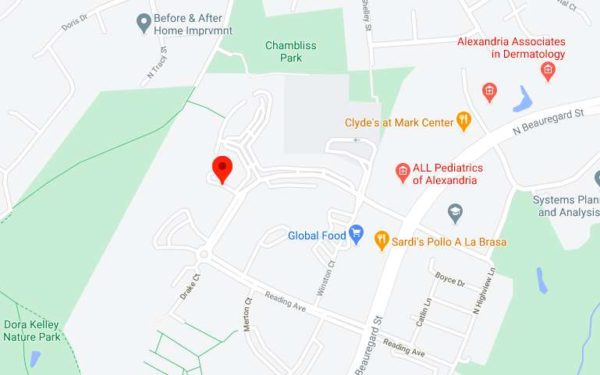 Police are investigating another shots fired call at 5700 Eliot Court — barely a block away from a shooting last week — even as the police department prepares for a presentation at Tuesday’s City Council meeting.

Police said on social media that the police responded to a shots fired call at Eliot Court in the West End at around 11 p.m. last night (Thursday). Senior Public Information Officer Amanda Paga told ALXnow that multiple shell casings were found at the scene but there was no property damage.

There is no info on how many shots were fired or suspects.

An update on the shots fired investigation is docketed for the city manager update at the Tuesday, Jan. 12, City Council meeting.

NOTIFICATION:: The Alexandria Police Department is investigating a “shots fired” call for service in the 5700 block of Eliot Court that occurred just after 11:00 pm. Multiple shell casings were recovered, but no injuries were reported. Expect police activity in the area.