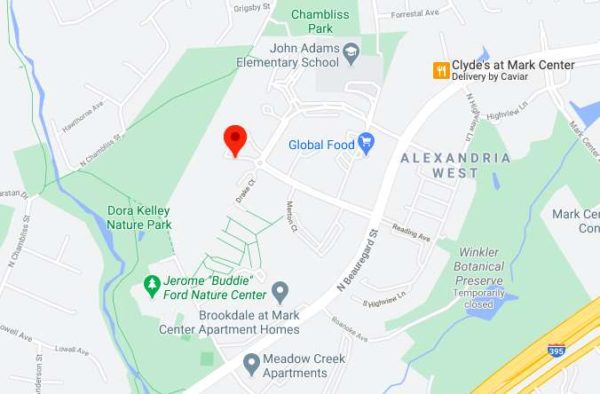 Police are currently investigating a “shots fired” incident in the West End, a few blocks from John Adams Elementary School.

Senior Public Information Officer Amanda Paga told ALXnow that the incident occurred on the 5700 block of Dunster Court. Paga said police confirmed that evidence of shots fired was recovered at the scene, but there were no reported injuries. Police are currently investigating.

NOTIFICATION:: The Alexandria Police Department is investigating a “shots fired” call near the 5700 Block of Dunster Court. No injuries reported. Expect police activity in the area.

Paga also confirmed that there was property damage in a Jan. 1 shooting on the 1400 block of Jamieson Avenue.

The recent string of shots fired calls remain under investigation, with police increasing patrols in an effort at curbing the 2020 uptick. Anyone with information about the incidents is asked to contact Sgt. Taylor at 703-746-6271.