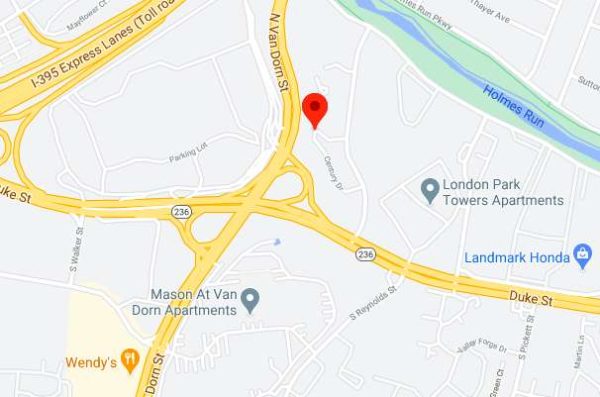 Police say there was another “shots fired” call in the city’s West End last night; the latest in a series of shootings in Alexandria this year.

The shots came from the 200 block of Century Drive, near Landmark Mall. Police say they found no victims or damage at the scene, but found spent shell casings.

My goodness. I was driving south on Van Dorn and heard 9 pops. Was wondering if they were a gun discharging.
Thanks for posting this and taking care of our community
.

There have been injuries in other shootings around town, though it’s unclear how many, if any, of the shootings are related.

So far, there have been 46 confirmed cases of shots fired in Alexandria, an increase over last year’s 37 cases.