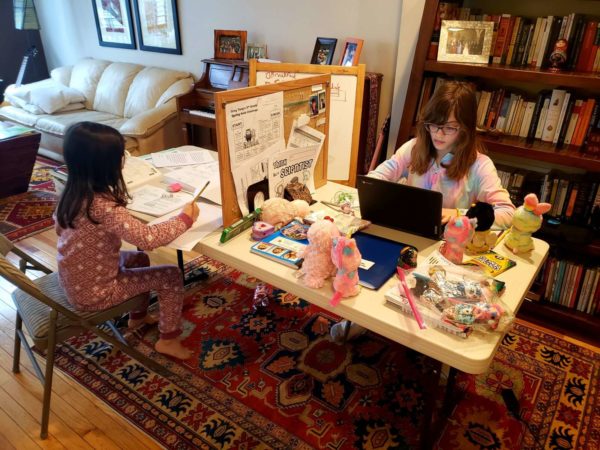 It’s uncertain whether Alexandria City Public Schools will open for in-person schooling on Jan. 19, despite a phased reentry plan that will be sent out to parents on Monday.

Superintendent Gregory Hutchings, Jr. told the School Board Thursday night that it is difficult to say with certainty that schools will reopen on Jan. 19 for young students with disabilities.

“If I had to make a decision today, it [school] would be 100% virtual,” Hutchings told the School Board on Thursday night. “This is based on community health metrics staffing and capacity, and we’ve been saying that since the fall, people don’t want to hear it but we have been saying we want to open but it’s based on staffing capacity community health metrics, and that still is the same message that we have to move forward.”

Meanwhile, Alexandria School Board Member Margaret Lorber is being criticized for stating that the school system would rather have students alive and educated rather than risking their lives by returning to in-person schooling.

“I think the fact of the matter is we have to live with this incredible uncertainty,” Lorber said at last night’s Board meeting. “Do you want your child to be alive or to be educated? And I think at this point in our lives, you have to speak out and take a position and I don’t fault those in the community who have spoken out and said that all of the CDC stuff and health department’s stuff is bunk that they don’t agree with the approach we’re taking, but I think the careful gradual approach that we’ve been taking is the safe approach.”

School Board members are now receiving emails regarding Lorber’s comments, and the group Open ACPS is calling for her resignation. A message from ALXnow to Lorber was not returned.

“As a mother, I’m horrified that Ms. Lorber insinuates I’m trying to kill my children by sending them to school,” said ACPS parent Ashley Lombardi, who is a member of the 700-member-plus strong group.

“Our kids need to be back in schools; not today, not next, week, but soon,” Blackburn said. “We have to move forward. Our leaders need to make people feel safe, encourage them to follow the data and the science. Sensational quotes about children dying are irresponsible and unnecessarily stoke fear. A quote like this from an elected leader is frustrating and it makes me sad.”

Hutchings released the following phased reentry plan to the community, and will be providing a video update on Monday, Jan. 11. 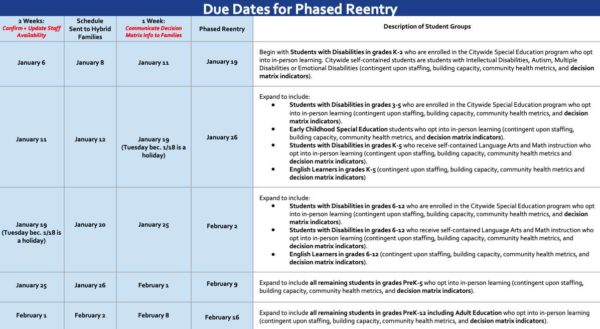 New Board Leadership and Budget Update

Hutchings said the school system needs to retain staff during hard times, and is proposing $3.6 million for a 1% step increase for staff in the upcoming budget.

Hutchings said that it has been a tough year and that the school system was unprepared for such an abrupt closing last March.

According to budget documents, the school system anticipates losing 19 full-time staffers and 2% of students, or 329 students, in FY 2022. The school system is projecting that there will be 16,144 students next year.

Additionally, Board member Meagan Alderton was voted for a year as the new chair, replacing Cindy Anderson. Alderton defeated Board member Michelle Rief 6-3 in the internal election, with Jacinta Greene, Heather Thornton and Rief voting in the minority. Veronica Nolan, the current vice chair, was reelected 8-1 to another year-long term, with Rief abstaining.