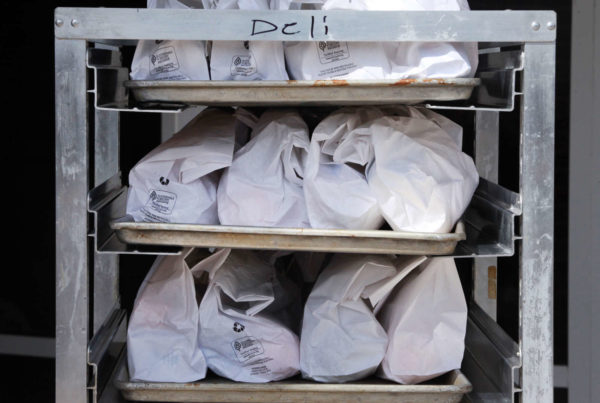 “Meals will be served on Mondays, Wednesdays and Fridays,” said Cynthia Hormel, the ACPS director of school nutrition services. “Each day, families will pick up two
days-worth of meals, with three on Friday to cover Saturday and Sunday.”

There will only be one holiday over the summer break — on July 5. Curbside breakfast and lunch deliveries and pop-up locations will be closed that day. The service will reopen on July 6 and all distribution sites will resume on July 7.

“Please know that if numbers drop at any ‘pop-up’ location at any point during the summer, we will re-evaluate continuing that service,” ACPS said on its website. “Families will be notified of changes.”

Hormel said free meals will be continued next school year, although the fate of curbside and pop-up distribution sites are yet to be determined.

“It is too early to say, but if there is an opportunity, we will continue to provide the (pop-up) service,” she said. 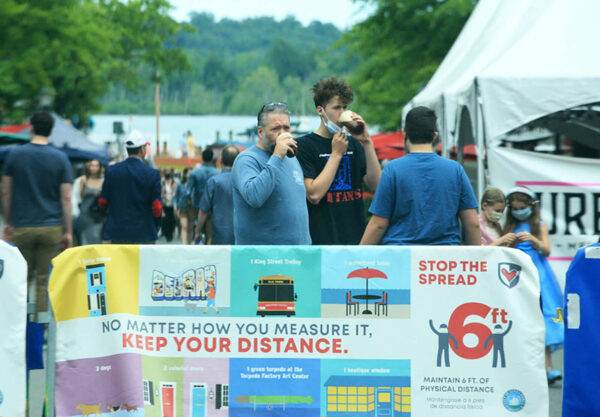 Jollibee to open first Alexandria restaurant — “The Filipino chicken restaurant Jollibee is bringing its signature Chickenjoy to Alexandria. Jollibee will open in Lincolnia at the intersection of Beauregard Street and Little River Turnpike. The building was previously occupied by Boston Market. Jollibee has about 40 restaurants in the United States — primarily in California — and more than 1,300 restaurants worldwide.” [Alexandria Living]

Gastropub ‘Old Hat Bar’ opens May 21 at the Former King Street Blues location — “Anticipating their opening for almost two years, friends and business partners, Jack Caminos and Tim Prosser are looking forward to introducing Old Town to Old Hat Bar Friday, May 21. Newly renovated 112 N. Saint Asaph Street, the former King Street Blues location, has kept some of the booths and has refinished the original bars along with adding their own artistic style to the location.” [Zebra]

New job: Child watch attendant –– “The YMCA of Metropolitan Washington is one of the largest charities in the DC area. The Y serves as an anchor in the community offering programs and services encompassing youth development, healthy living, and social responsibility.” [Indeed] 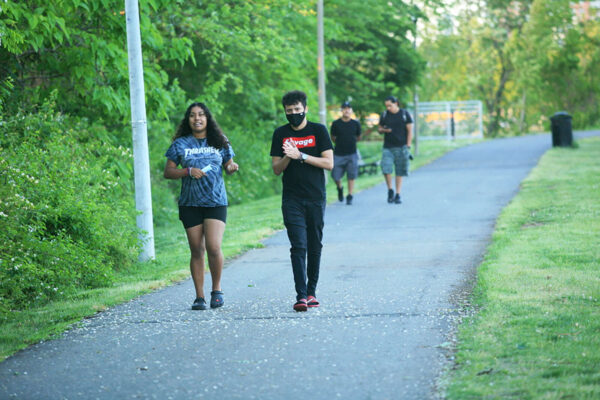 Alexandria Old Town Art Festival taking place May 15 and 16 — “After the festival had success despite the pandemic in September 2020, a springtime festival will be held on May 15 and 16, 2021. The festival features thousands of art pieces across various mediums, including sculptures, paintings, jewelry, pottery, textiles and more. The event used to be held along King Street, but it is now held at John Carlyle Square, 300 John Carlyle Street, Alexandria. Hours are 10 a.m. to 5 p.m. on both days, and it is free and open to the public, but visitors are asked to reserve a time slot.” [Patch] 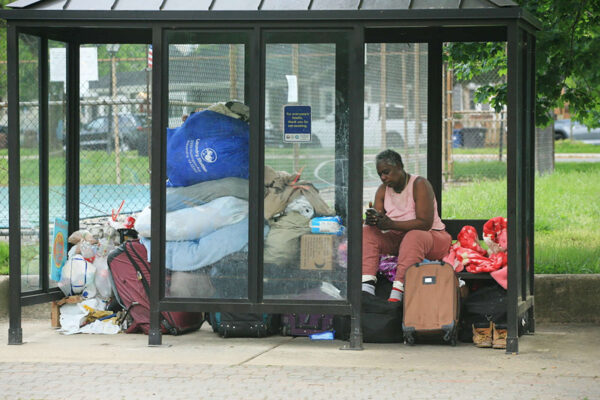 Chamber ALX announced 40 Under 40 honorees — “We are looking forward to celebrating these individuals at our 40 Under 40 Awards celebration, presented by Beyer Subaru, on July 15.” [Chamber ALX]

Today’s weather — “Thunderstorms likely (during the day). Gusty winds and small hail are possible. High near 75F. Winds W at 10 to 20 mph. Chance of rain 70%… Some clouds early will give way to generally clear conditions overnight. Low 48F. Winds NW at 15 to 25 mph.” [Weather.com]

New job: Temporary environmental educator — “In pursuit of service excellence, the Recreation Leader II/Environmental Educator will greet and assist Nature Center patrons; deliver impromptu programs for visitors; conduct nature-based programming; assist in the care of the Nature Center’s live animals and plants; and support the administrative needs of the organization. The candidate will work under the supervision of the Recreation Leader IV. This position is located at the Jerome ‘Buddie’ Ford Nature Center, 5750 Sanger Avenue in Alexandria, VA 22311.” [Indeed] 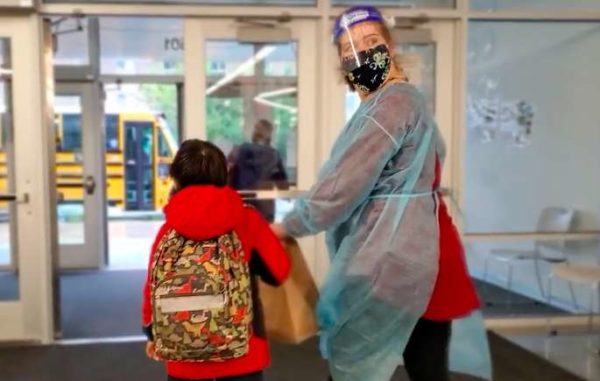 A new group of Alexandria businesses has launched an effort to support local teachers with discounts, perks and donations in recognition of National Teacher Appreciation Week.

From May 3-8, discounts will be posted on the new ALX Business Gives Back Facebook page.

The group launched on Monday, May 3, and the following businesses in Old Town and Del Ray are participating:

💙 It's Teacher Appreciation Week and we want to hear all about your child's favorite ACPS teacher! Give them a shout out and tell us why they're the best!#TeachACPS #ThankATeacher #TeacherAppreciationWeek pic.twitter.com/rmzeLG9tOc

It was a busy week in Alexandria. Here are some of the highlights.

On Monday, demolition started at Douglas MacArthur Elementary School, and Alexandria City Public Schools says that the completion date is still on schedule for the new school to reopen the school in Jan. 2023. In the meantime, MacArthur students will continue to use the old Patrick Henry Elementary School as swing space.

There was big news for Alexandria nonprofits this week, as the Spring2ACTion fundraiser raised $2.5 million and broke last year’s online giving record.

There were also 682 votes in this week’s poll on outdoor dining and takeout. We asked whether the city should keep its expanded restaurant offerings after in a post-COVID environment. An overwhelming majority of 84% of votes cast (576 votes) want businesses to enjoy the same level of latitude; 13% (89 votes) said some modifications should be made and just 2% (17 votes) want businesses to go back to pre-pandemic operations. 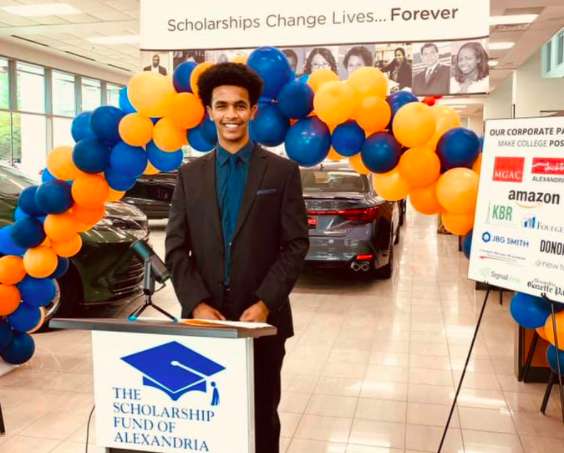 The Scholarship Fund of Alexandria has done it again. On Saturday, the nonprofit raised more than $450,000 for college-bound Alexandria students at its annual gala, which was held virtually for the second year in a row.

The gala was held this year at Jack Taylor’s Alexandria Toyota, which also raffled off a $25,000 Toyota RAV-4 to T.C. Williams High School biology teacher Jennifer Darque. More than 400 dinners and deals were also auctioned off in the event, which was attended in-person by Mayor Justin Wilson and his wife, Alex Crawford-Batt, who received a SFA scholarship when she was a student.

“The need for scholarships in this community is great,” said SFA Director Beth Lovain. “Each year we have to turn kids away because we simply do not have the funds to help all of our students in need, especially this year with the economic fallout from COVID wreaking havoc on families that already struggle financially. But what I want to convey most is my overwhelming pride in our 2021 scholarship recipients. They are truly Generation Resilient. Through all of the adversity and through all of the challenges of COVID and 2020, they have remained poised and focused, their college dreams will not be pushed aside”

“I couldn’t be more grateful,” said T.C. senior Mikias Elias after receiving the $40,000 SFA Collis Warner Scholarship. “This scholarship brings great relief to my family knowing that college won’t be a financial struggle for us.”

Elias was recently accepted into the College of Engineering at Virginia Tech.

“This scholarship will make my education at Virginia Tech possible,” he said. “On behalf of the Class of 2021 Scholarship awardees, I’d also like to say we are all relieved to know that we have financial support, and we are so proud that you believe in us.”

Photo via Scholarship Fund of Alexandria/Twitter 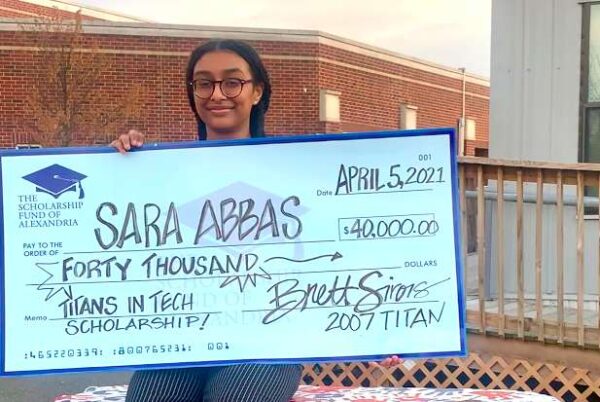 Earlier this month, officials with the Scholarship Fund of Alexandria faked her out on a scheduled Zoom interview.

After she answered a few basic questions, they announced that she just won the first-ever $40,000 Titans In Tech Scholarship. The next thing she knew the call was joined by Superintendent Gregory Hutchings, Jr., T.C Williams principal Peter Balas, SFA Director Beth Lovain and her mentor Brett Sirois, a 2007 Titan alum and creator of the scholarship.

It was a surprising moment, and that’s when Abbas stood up and walked away from the camera to tell her family the good news.

“I was so shocked,” Abbas told ALXnow. “They’d already made their decision.”

Hutchings received the scholarship when he attended T.C. in 1995.

“Sara, this scholarship helped pave the way for my success and I know it will do that for you,” Hutchings said. “As a woman and a person of color entering the computer science world and looking to help students of color who follow behind you, I can see that you are on the way to change the world, that you are going to make a difference.”

Balas said that the scholarship will be a game-changer for Abbas.

There has been a 25% increase in applications for Scholarship Fund of Alexandria awards, and $525,000 is being given out to 180 seniors this year at its 35th anniversary spring gala on April 24. The Scholarship Fund has awarded $16.5 million to nearly 5,000 Alexandria students over the last 35 years.

“As a TC Alum and Alexandria native, I wanted to find a way to give back to the community that helped me get to where I am today,” Sirois said. “This scholarship was created to help a student like Sara jumpstart their career in technology and I’m happy to play a small part in her future success. Sara has worked so hard to get so far already, I have no doubt that the sky is the limit for her.”

Abbas will study computer science at Virginia Tech this fall. She said she wants to help children learn coding.

“I’m really honored to have been awarded the Titans In Tech scholarship,” Abbas said. “It’s very meaningful, not only financially but emotionally as well because it strengthened my belief in myself. There’s no doubt that we’ll be able to accomplish my professional goals.”

In her scholarship essay, she wrote about the digital divide between the haves and have nots in society.

“I was writing how the link between technology and power, and how we need to care about making communities a more equitable place, and need to make computer science education available to everyone, since students of color are disadvantaged youth,” she said. “I’m really hoping to work in the middle schools in the surrounding Blacksburg area.”

Photo via Scholarship Fund of Alexandria 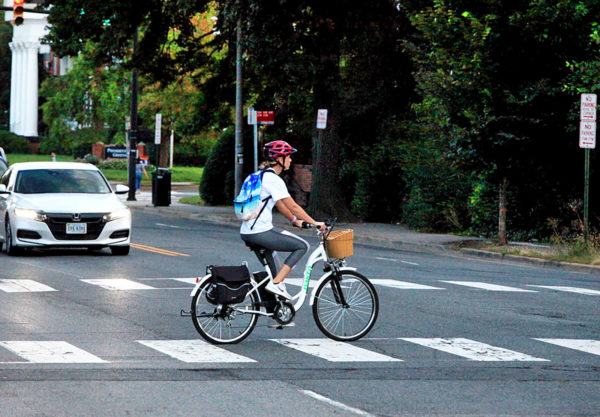 Mayor endorses Sean Casey for Sheriff — “Watching Sean Casey kick-off his campaign to be our next Sheriff. @DanaLawhorne is leaving very large shoes to fill, but I am confident Sean will be a great Sheriff for our City.” [Twitter]

Motorcyclist hospitalized after Saturday morning crash — “The Alexandria Police Dept is investigating a traffic crash between a vehicle and a motorcycle at Seminary Rd and Fillmore Ave that occurred around 8:45am. Motorcyclist was taken to the hospital with non-life threatening injuries. Streets should reopen soon.” [Twitter]

ACPS makes new rules on outdoor eating and play before March 16 reopening — “With Alexandria City Public Schools set to bring back all students who have opted for hybrid in-person learning on March 16, district staff provided an update on the division’s hybrid learning plans at the March 4 School Board meeting.” [Alex Times]

Today’s weather — “Generally sunny despite a few afternoon clouds. High around 50F. Winds N at 10 to 15 mph… Mainly cloudy with a mixture of rain and snow showers developing late. Low near 35F. Winds light and variable. Chance of precip 40%.” [Weather.com] 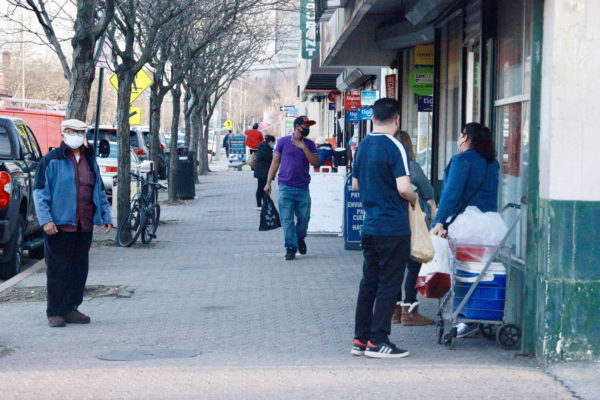 Textile Company ‘Tulusa’ in Running for $50K FedEx Grant — “I went from being a solopreneur to providing work for 10 people. In less than a year, we’ve sold and donated over 13,000 masks. After the initial burst of mask-making, I now employ four people, all of whom lost jobs because of the pandemic. And I want to keep growing, expanding our line to include wallpaper, melamine servingware and even more products that will make your home a beautiful place to be. That’s where you can help.” [Facebook]

Local Baker Starts Bake-at-Home Cookie Delivery Service — “It occurred to me there is something perfect about having a single warm cookie when you want it and on demand. What if I could make this dough and make it available for customers to order in small batches?” [Alexandria Living]

Last Days to Try Cozy Loft at Lena’s Wood-Fired Pizza & Tap — “Lena’s Wood-Fired Pizza & Tap, located at 401 E. Braddock Road, converted a 4,500 square-foot space on a second story of their restaurant into an Aspen-style resort. it gives diners a chance to experience a world away from their own. And the fact that reservations have been full many days speaks to how much the space means to customers.” [Zebra]