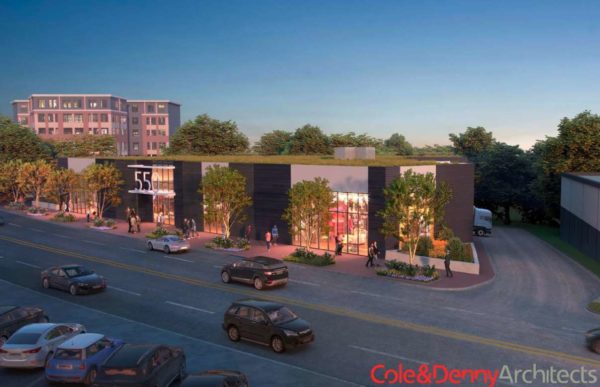 Alexandria Lighting & Supply, a feature of the Braddock neighborhood for the last 50 years, could be making the move to the West End of Alexandria if approved at a Planning Commission meeting tomorrow (Tuesday) and a City Council meeting after that.

After moving away from its current location at 701 N. Henry St, the store is planning to open in a new building called Avanti 550 at 550 South Pickett Street.

Applicant Avanti Holdings described the lot as a triangular-shaped vacant lot measuring 32,987 square feet. The store would be next to the Cameron Park industrial complex and near the Van Dorn Station shopping center.

The new building would be triangular shaped to fit the lot and would contain both a retail showroom and storage for lighting equipment.

The staff report on the proposed new development recommended approval.

The current location in Braddock is eventually slated to be replaced with a new 94-unit residential development with potential to add retail on the ground floor a little further down the road.