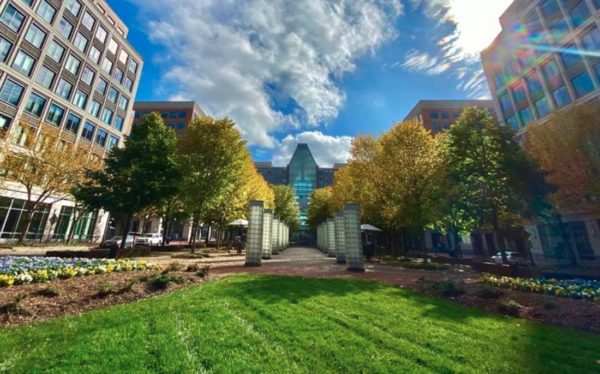 Beyer Denounces Trump Over COVID Stance — “Trump accuses frontline medical heroes fighting to keep us safe of fraud and tries to erase the loss of Americans who died in the pandemic — all in a pathetic attempt to make his own incompetence seem less horrific than it is. Just disgusting.” [Twitter]

City Unveils Memorial Walkway — “At Charles Houston Recreation Center to dedicate the Parker-Gray Memorial Walkway, recognizing the 100th Anniversary of Parker-Gray School. Generations of educators ensured that those ignored by government and society could receive an education and change the world!” [Facebook]

Mayor: Thousands Vote in Alexandria Over Weekend — “Yesterday, 2,411 Alexandrians voted at our 4 locations. So far, 25,364 Alexandrians have voted in-person. 23,682 voters have mailed in ballots that have been counted. A little over 11K ballots have been mailed and not yet returned. In-person early voting resumes tomorrow!” [Twitter]

Refinements Continue for ‘The Heritage’ Development — “It looks like The Heritage Apartment project design will need to undergo additional changes before receiving approval from the Board of Architectural Review (BAR).” [Alexandria Living]