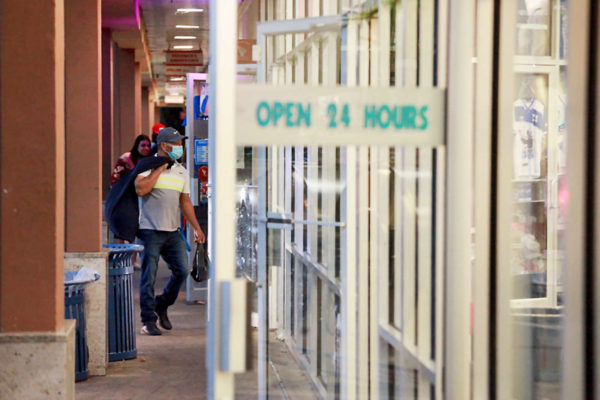 Beyer Calls Trump Most Corrupt President in History — “Congress has worked to stop their misconduct; I requested some of these Hatch Act investigations myself. But this administration’s abuses are so widespread that it’s hard to keep track of it all (hence this thread). Trump is the most openly corrupt President in history.” [Twitter]

Are You Eligible for the Grocery Store Gift Card Program? — “Individuals and families whose household incomes have been impacted by the pandemic may be eligible to receive grocery store gift cards in amounts ranging from $100-$400.” [Twitter]

African American Change-Makers Highlighted in New Alexandria Tours — “Alexandria is offering new tours, markers and more to lead residents and visitors through sites and stories highlighting African American change-makers that have shaped the history of Alexandria and the United States.” [Alexandria Living]

VeloCity Bike Co-op Celebrates 10th Anniversary —  “John Patterson and Christian Myers co-founded the community-based, volunteer-run bicycle shop in May 2010. The co-op is known for its community services including its Bicycle Scholarship Program, which helps low-income families obtain bicycles, and its “do it yourself” operations.” [Alex Times]

New Job: Case Manager — “We are looking for a Case Manager to join our team working at a COVID-19 Isolation & Quarantine Shelter Site at the Holiday Inn Express & Suites! This is a a temporary position with the end date to be determined. The individual will work with clients who are quarantined or have the virus, though there will not be a lot of in person contact. This person will also spend some time at our shelter near Pentagon City Mall!” [Indeed]