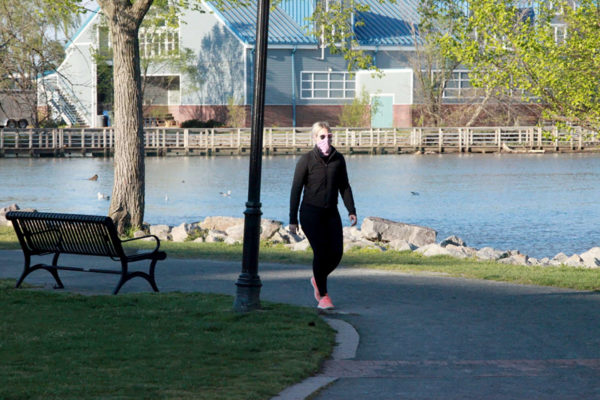 Beyer Says Trump Will Use Death of Justice Ginsberg to ‘Steal’ Election — “Last night Trump said he wants to use the federal courts to cheat in November by denying Americans’ lawfully-cast mail-in ballots. This is an open admission that Trump hopes to use the Supreme Court to steal the election.” [Twitter]

Police Use of Force Forum on Tuesday — “Now, Congress and state legislatures, including Virginia’s, are reviewing and/or passing new laws to address prevention and accountability. So, it’s critical that the public understand what’s being considered.” [Facebook]

Del Ray Poetry Fence Appears on PBS — “What gets me out of bed in the morning is curating my poetry fence for my community… People tell me they come to my poetry fence for solace and inspiration, that their children gorge on cherry tomatoes I plant in the parking strip, [with] a sign ‘Fast Food: Help yourself to tomatoes’ next to my Little Free Library.” [Facebook]

NOAA Predicts Warm Winter — “While last year there was some uncertainty without a El Niño or La Niña conditions, this year NOAA scientists are seeing La Niña conditions that are predicted to last into winter. That means Northern Virginia has a slight probability of warmer-than-normal conditions.” [Alexandria Living]

New Job: IT Manager — “New Virginia Majority (NVM), Virginia’s leading civic engagement organization, builds power in working-class communities of color across the Commonwealth. We seek conscious and skilled individuals with a deep commitment to racial and economic justice to join our team. Women and people of color are encouraged to apply. We are equal opportunity employers” [Indeed]