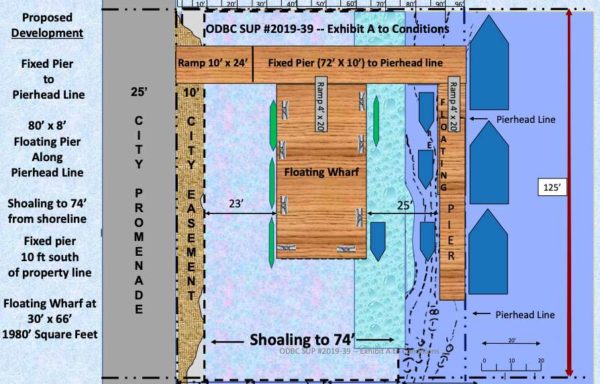 The Old Dominion Boat Club (ODBC) will present the Alexandria Planning Commission in November (Nov. 5) with a plan to build a floating wharf and pier outside its clubhouse at 0 Prince Street.

“The floating pier will provide facilities for transient boat mooring for larger boats due to the water depth along its expanse and for rowing crew shells and chase boats either for planned events/regattas or emergency needs,” according to an application for the special use permit.

The application continues, “The ODBC also proposes to add a floating wharf over the shallow water in its riparian rights to allow and support current and new uses that include small boat mooring and launch and retrieval of crew shells and kayaks to support increased recreational use of the Potomac River.”

The total square footage for the project is 2,688 square feet, and the club noted in its application that it will remove the floating structures if the city needs the space for flood mitigation infrastructure improvements.

“The proposed new floating wharf at the site would encourage increased recreation use of the site and support ODBC water dependent uses,” notes the application.

The city issued a certificate of occupancy for the ODBC Clubhouse at 0 Prince Street in 2017. The club was previously located at the foot of King Street. That property was exchanged with the city for a number of nearby lots downriver in order to build a public walkway and make flood mitigation improvements. 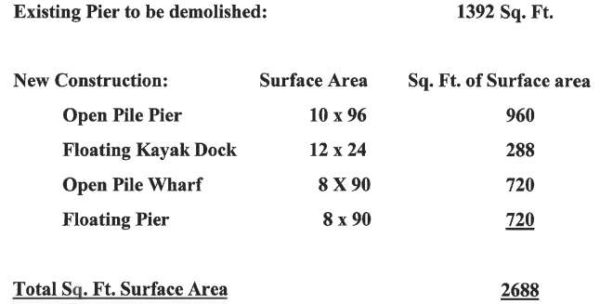