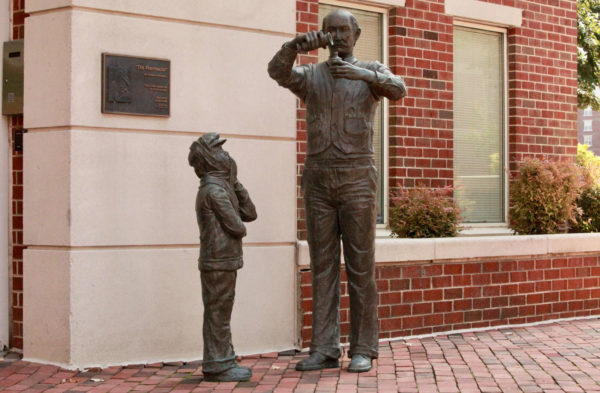 Arlandria Champion Kevin Beekman Passes Away — “It is with great sorrow that we announce that Kevin Beekman, an Arlandria hero and force behind the Four Mile Run Conservancy and Farmer’s Market, lost his battle with amyloidosis on August 24. Kevin was part of the fabric of Arlandria.” [Zebra]

Beyer Says Republican National Convention is Corrupt — “The White House is not the property of Donald Trump or the Republican Party, it belongs to the American people. These actions cheapen the office and degrade the nation. This convention, like the person at its core, is fundamentally corrupt.” [Twitter]

ALIVE! Warns of Scam Calls — “Periodically ALIVE! seems to be the target of scammers. Please know that ALIVE! staff and leaders will never ask you to purchase gift certificates in specific amounts or at specific places, or make unusual personal requests. Please contact us directly if in doubt of any request.” [Facebook]

Today’s Weather — During the day, “More clouds than sun. A stray shower or thunderstorm is possible. High around 90F. Winds WSW at 5 to 10 mph.” At night, “Scattered thunderstorms during the evening, then cloudy skies overnight. Low around 75F. Winds SSW at 5 to 10 mph. Chance of rain 50%.” [Weather.com]

New Job: Tour Guide — “We specialize in performing haunted pub tours. Think ghost tour combined with Pub Crawl and there you have it.” [Indeed]