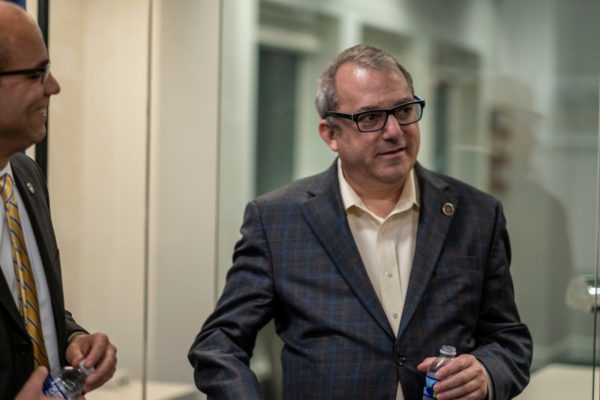 While a moratorium on evictions is temporarily back in place, state Sen. Adam Ebbin (D) has proposed legislation that could give residents more of a chance to avoid them in the long term.

“This bill is a win-win and will stem the potential tide of evictions in Virginia,” Ebbin said on social media, “and has consensus support from tenants and landlords alike.”

The legislation requires landlords who own more than four rental dwelling units, or more than 10% interest in more than four dwellings, to serve written notice to tenants of the total rent due and offer a payment plan prior to terminating the rental agreement. Under the payment plan, tenants must pay the total amount in equal monthly installments within six months or the time remaining under the rental agreement.

The legislation was introduced last Monday, Aug. 17, and moved to committee discussion on Wednesday, Aug. 19.

If the tenant fails to pay any installment required by the payment plan within five days of the due date, the landlord may terminate the rental agreement.

Tenants who are participating in rent relief programs are explicitly protected under the ordinance. The change is not permanent, however, and is “not enforceable unless activated by executive order during a declared state of emergency.”

The legislation is the latest move in an ongoing back and forth over renters laid off amid record-high unemployment in Alexandria being required to continue making rent payments. Conflict between renters and landlords have led to protests and rental assistance offered by the City of Alexandria.

The bill was introduced by Ebbin and state Sen. John Bell, and is cosponsored by State Senators Barbara Favola, Jenn McClellan and Jennifer Boysko.