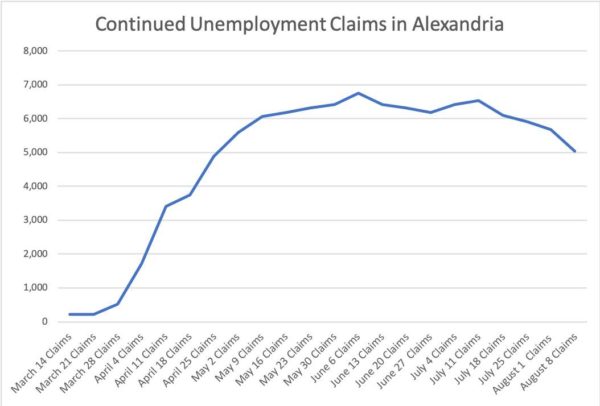 After a brief uptick in the unemployment figures a few weeks ago, the city’s figures have been trending down both in both initial and continued claims, according to data from the Virginia Unemployment Commission.

The city has 5,042 continued unemployment claims as of the week of Aug. 8. That’s the lowest number of continued claims since April 25 when there were 4,881 claims.

Initial claims have taken an even more dramatic decline since their uptick in July. There were only 206 initial unemployment filings in the first week of August, the lowest since the pandemic started, though both figures are still substantially higher than pre-pandemic unemployment numbers. 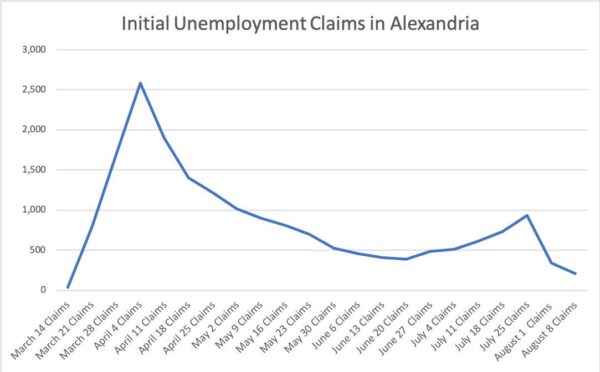 The unemployment figures were mostly reflected statewide, which was an overall continued unemployment decrease of 69% while initial unemployment claims went up.