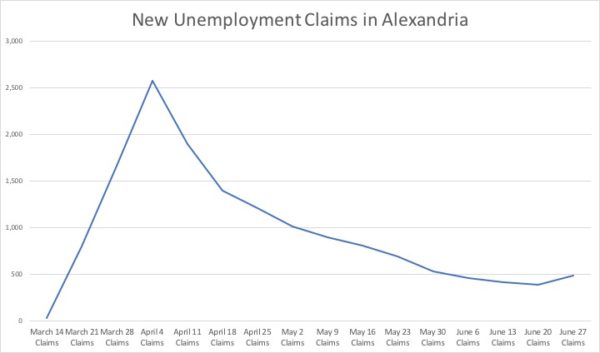 After ten weeks of consistent downward trending, Alexandria saw its first uptick in new unemployment filings at the end of June.

Data released for the Virginia Employment Commission noted that for the week of June 27, there were 481 new unemployment claims — nearly 100 more claims than the 386 claims filed the week before and the first time new filings have gone up from the previous week since new claims peaked at 2,578 new claims on April 4. 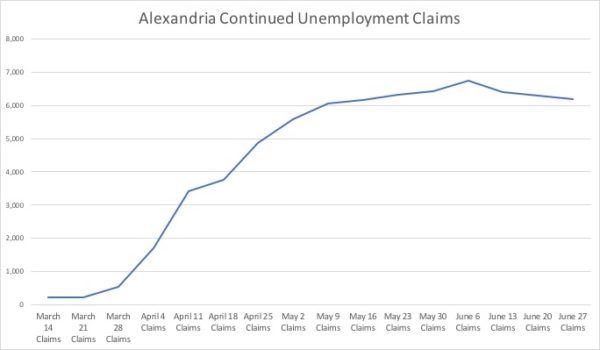 On the bright side, the other half of the state’s unemployment claims — continued claims — has continued its gradual downward trend. On the week of June 27, there were 6,188 continued claims, less than the 6,306.

Alexandria’s numbers for continued unemployment claims peaked in the week of June 13 with 6,751 claims.

The slow unemployment recovery is consistent with what many local businesses are finding to be a sluggish recovery of their customer base as many Alexandrians stay away from shopping at local brick-and-mortar stores.