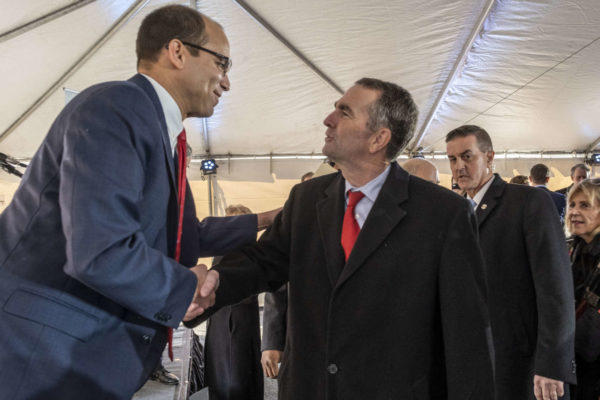 Along with a new phase of reopening, several new laws the City Council had pushed for in November will be taking effect starting tomorrow (Wednesday).

One of the biggest new changes will be that possession of under one ounce of marijuana will be a $25 civil fine without any jail time or a criminal conviction. Simple possession records will be sealed and employers and schools cannot ask about prior simple possession convictions.

“Those are changes that relate to marijuana, those are changes as it relates to shoplifting that really add more equity and will change the way that public safety addresses these crimes,” Wilson said in a Zoom meeting on racial equity on Monday night. “I think these are long overdue changes and will help address in some ways some of the disparities that we see.”

Other items requested by the City of Alexandria in its legislative package include:

The main Confederate statue in question was removed before the new law allowing its removal took effect.

The legislative package pushed for an increase of the minimum wage to $15 per hour. The General Assembly instead approved a $12 minimum wage with the potential to increase to $15 by 2026.