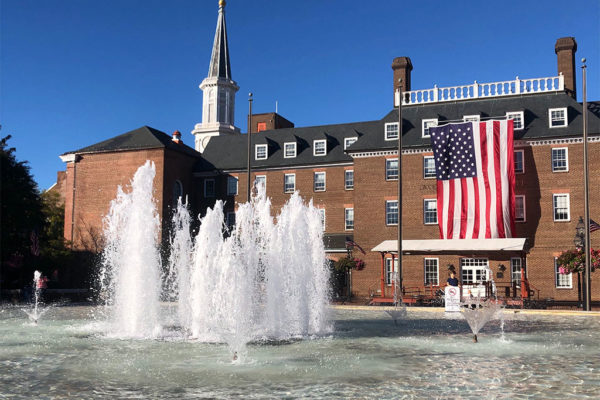 It has been years since the City Council has been giddy during a meeting discussing its state legislative package.

For the first time in decades, there is a Democratic majority in the Virginia legislature, which is a boon to the city’s all-Democrat council.

Mayor Justin Wilson previously told ALXnow that the win opens up doors for several longstanding city goals, like more free-reign to control local financing. At a City Council meeting last night (Tuesday), some of those goals took shape in a draft of the city’s legislative package.

Every year, the city assembles a selection of local requests for Alexandria’s legislative representatives to take to Richmond. Proposals have ranged from increasing the minimum wage to changes in the minutiae of preschool management, and most of the requests were ignored or shot down by the Republican majority.

“As everyone understands, this is going to be quite a different General Assembly session,” Wilson told the City Council. “That’s certainly a very exciting thing.”

Officials warned, however, that the city had to exercise some restraint to ensure that most of the goals would be approved.

“This is a clear double-edged sword for us,” Sarah Taylor, the city’s legislative director, told the City Council. “The opportunities are really good. The legislature and our delegation will be able to do some really great things, but we have to be very smart and very strategic in how we approach things.”

Taylor said the city priorities were broken up into three categories:

The big ask for the infrastructure investment is assistance with the RiverRenew project, the largest infrastructure project in Alexandria’s history and the result of an unfunded mandate by the state legislature. The project is estimated to cost between $370 and $555 million. It secured some funding earlier this year, but the city is requesting $65 million more.

Taylor said state Sen. Richard “Dick” Saslaw (D-35) asked for $75 million. Several members of the City Council noted that they wouldn’t say “no” to higher funding than what they requested.

Virginia is a Dillon Rule state, which means local authorities can only exercise powers expressly granted to them by the state, but several of the items in the legislative package aim to pick away fractionally, like granting localities the right to regulate firearms in government buildings and property.

Other specific asks in the legislative package include:

“To undo the amount of damage that has been done to the Commonwealth — to move the Commonwealth forward to a more progressive agenda — we may have to roll up our sleeves,” Councilman Mohamed “Mo” Seifeldein said. “We’re playing with house money and let’s clean up.”

“Gambling is still illegal in Virginia,” Wilson was quick to note.

“Well, maybe we can get a bill on that too,” Seifeldein said.