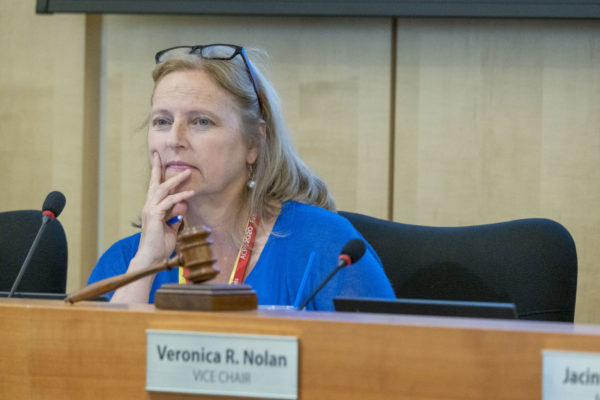 After months of confusion, the city and Alexandria City Public Schools plan on creating a committee to evaluate the co-location of affordable or workforce housing on the grounds of public schools slated for renovation.

“I feel like as a board that we’re being kind of we’ve been already left behind in this process. And and so I think that that we need to try to remedy that in some way,” School Board Chair Cindy Anderson said at a joint budget work session on Wednesday night.

Superintendent Dr. Gregory Hutchings Jr. told council and the board that he and City Manager Mark Jinks are in agreement that a committee of city and school staff needs to be formed.

“That will allow us to begin to do some research and to be able to bring — not only to the board, but also to the city council — what are the implications of trying to have affordable housing on a school site, what are the potential opportunities here in the city of Alexandria and what has happened in other jurisdictions across the country,” Hutchings said.

No timeline was presented as to when the committee will be formed.

Conspicuously absent from school system’s co-location presentation at the work session was any mention of affordable housing. Other types of co-location that the school system participates in were included, including recreation and wellness centers, administrative office buildings and a library.

Erika Gulick, the ACPS director of capital programs, planning and design, said that the city and school system need to start planning for potential development sites around the city.

“This is a discussion and we will need to be prepared when we do have new developments like Landmark Mall and Potomac Yard,” Gulick said. “And if we expect to have school facilities there, what would co-location look like there?”

ACPS Chief Operating Officer Mignon Anthony said that the school system should have more community meetings so that residents aren’t caught off guard as they were with the George Mason feasibility study in January.

“I think that one of the things that we could do differently next time is have a community conversation at the very beginning, before the architect even starts the feasibility study,” Anthony said. “We thought we were going to collect all the information and then go to the community and tell them this is what our preliminary findings are.”