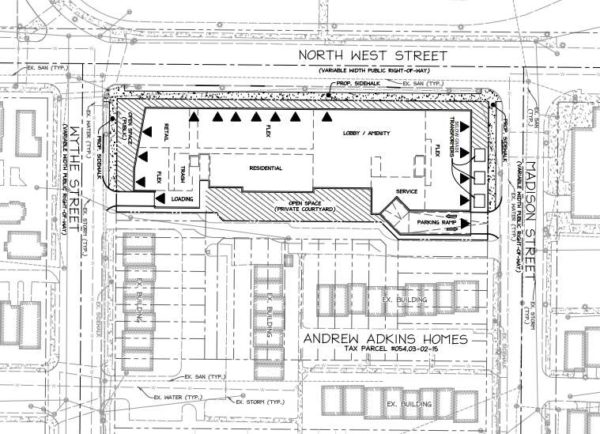 A new development called Braddock West could replace the row of small homes just east of the Braddock Metro station.

Designs submitted to the City of Alexandria show flexible space on the Madison and Wythe street, with at least one area set aside for retail on the south side of the project. The building would have access to a 105-space underground parking garage on the north side with lobby access from N. West Street.

CRC is proposing 177 units for the site, from studio units to three-bedroom units.

The change would involve rezoning the property from single-family detached to a coordinated development district with mixed multi-family residential and retail.

Braddock West borders the stalled Andrew Adkins redevelopment project to the east, which was to be a joint effort between Alexandria’s housing authority and CRC.