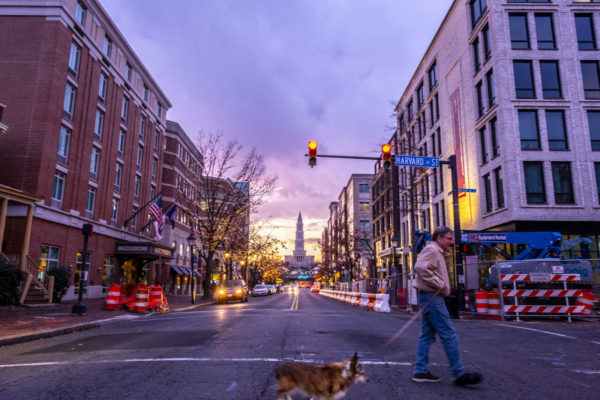 People in Alexandria have been setting their goals for the new year, so why shouldn’t they have goals for their city?

There are dozens of issues affecting Alexandrians. These issues are not mutually exclusive, but if you had to pick one priority for the powers that be in Alexandria to focus on, what would it be? What upcoming local topics are you most interested in?

In May 2019, the City of Alexandria voted to pass the Fiscal Year 2020 budget without any tax rate hike for the second year in a row. The maximum real estate tax rate was set at $1.135 per $100 of assessed value, though property tax revenue increased as property values rose, according to the Alexandria Times. Should the city’s top priority be keeping that real estate tax rate steady?

New businesses face numerous hurdles, but the City of Alexandria is hoping that bureaucratic paperwork won’t be one of them. The city is getting ready to consider a series of changes to the approval process for things like restaurants, daycare centers and other facilities. It isn’t the first time the city has streamlined the business approval process, having passed other measures in 2016. Do you think the new streamlining will help local small businesses?

The City of Alexandria is currently deep into a process to update the Eisenhower East Small Area Plan and is starting an update to the Arlandria and Del Ray plans. Plans for Eisenhower include efforts to ease zoning restrictions to allow more retail and restaurant uses closer to the Metro station. Are you hopeful to see how the new neighborhood plans will guide future development?

For a few years, the City Council has been working to reduce parking in Alexandria with parking maximums applied to new developments. Over the last year, Planning Commission members and City Council members have also expressed an interest in seeing requirements in Alexandria change to make greater use of existing parking spaces. Likewise, while traffic safety measures like the road diet on Seminary Road have been implemented over the last year, the changes have been met with some pushback from local residents and some on the City Council. Whether the road diets have slowed traffic along Seminary Road or not is still being debated by the public and studied by staff. Do you think the city should reverse course and stop reducing travel lanes while pushing for more, not less, parking?

The Seminary Road “diet” is part of a wider effort in Alexandria called Complete Streets, which aims to make city streets more accessible to bicycle and pedestrian traffic by adding new sidewalks, bike lanes, bus lanes and more. Streets like King Street and Prince Street have also been slimmed down to add bike lanes in recent years. Are you hopeful to see more Complete Streets projects move forward in 2019?

Alexandria City Public Schools (ACPS) may have settled on one combined high school to combat overcrowding at T.C. Williams High School, but there are still a lot of questions over what shape that will take. This year, ACPS is scheduled to work through the design phase of the project and figure out how a “campus-style” high school that makes more use of new facilities at Minnie Howard (2801 W. Braddock Road) works. ACPS has also kicked off its plans to modernize Douglas MacArthur Elementary School, which is scheduled to start construction in September. Do you think the top priority in the city should be doing more to combat school overcrowding?

Alexandria is working to add more affordable housing in the city, with projects like the redevelopment of Ramsey Homes and The Bloom scheduled to be completed later this year. In December, the City Council approved an $8 million loan to buy an apartment complex in the West End and maintain it as affordable housing. As the city’s market-affordable housing continues to decline, do you think the city needs to do more this year to meet the Metropolitan Washington Council of Governments’ goal of 320,000 affordable housing units by 2030?

Alexandria’s City Council has been meeting with the Arlington County Board to fend off some of the ill-effects likely to come to the area with the arrival of Amazon’s massive HQ2 — namely increased home prices pushing out lower-income residents from surrounding neighborhoods, like Arlandria. Do you think the city’s top priority should be getting a plan together to handle the impact of the new Amazon headquarters?

The last year saw several new public amenities open in Alexandria, like Waterfront Park and the completion of a trail along Four Mile Run. Are you hopeful to see what new parks and public amenities will be coming to Alexandria in 2020?

There have been some changes in the local journalism scene, like the arrival of a cool new local news source serving Alexandria, which just expanded its news team. At the same time, some existing local news publications are facing challenges, much like peers elsewhere in the country. Should city residents and officials work in 2020 to make sure that Alexandria’s local news scene remains vibrant and that local publications are supported?

Think something else should be the city’s top New Year’s resolution? Let us know in the comments.