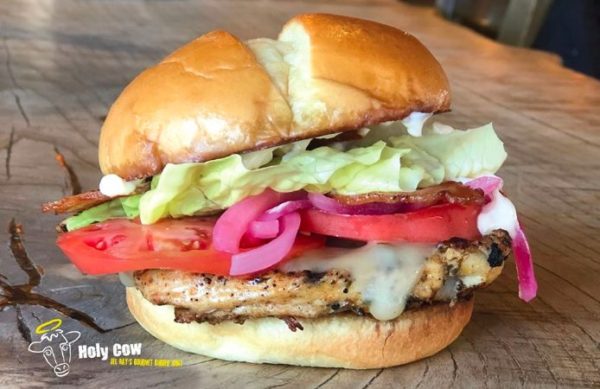 Holy Cow Del Ray has taken all of the outrage and fury of Alexandria’s most controversial issues and put them between two buns.

The restaurant at 2312 Mount Vernon Avenue announced its new “burger of the moment,” the Seminary Road-Dockless Scooter-Waterfront Development-Halal Butcher-Bike Lane Sandwich, on Facebook.

If you need a breakdown of each of the components of this sandwich: