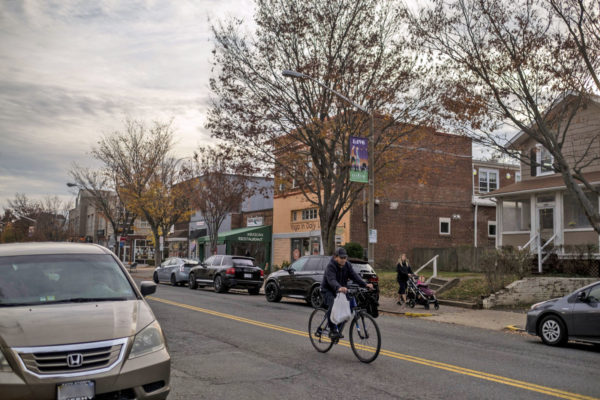 After years of relying on the Virginia’s SMART SCALE grant program to fund transportation projects, changes in the program’s scoring criteria could leave that well dry for Alexandria.

At a Transportation Commission meeting on Monday, Nov. 20, city staff warned that new criteria under consideration by the Commonwealth Transportation Board could shift transportation funding away from existing urban centers like Alexandria and instead favor less dense locales.

“Because road widening projects in other jurisdictions did not score well and were not funded, VDOT has been tasked with re-examining the scoring criteria,” staff said in a letter to the commission. “Many of the changes put transit, bicycle and pedestrian projects at a disadvantage, and projects in denser areas in general.”

The city received $57.2 million in funding in 2019 for the design and construction of bus rapid transit routes in the West End and $50 million for the enhancement of southwest access to the Potomac Yard Metro station. But changes would impact criteria used to prioritize which transportation projects should receive funding.

Staff told the commission at the meeting that the change they’re most concerned about is regarding land use in the scoring criteria. Currently, staff said the program scores existing land uses and densities as well as consideration of changes in density, while the new criteria would prioritize areas that are becoming denser rather than those where density currently exists.

“We feel that severely penalizes places like Alexandria that are already densely built,” staff said.

The criteria would also take into consideration traffic congestion on weekends, where currently projects are only assessed by rush hour congestion. That would hurt Alexandria, which has plenty of rush hour traffic but not as much congestion on the weekend.

“We feel that hurts areas suffering from regional congestion rather than local congestion,” staff said. “That makes it harder for projects in these areas to score well.”

Staff says the criteria changes would prioritize the number of crashes over the severity of crashes, so intersections that see more fender-benders would be ranked higher than intersections that have had multiple fatalities. This principle goes against the Vision Zero goals adopted by the city, staff said.

City staffers told the Transportation Commission that bus rapid transit projects and bicycle-pedestrian projects would be negatively impacted by the changes in criteria.

“The current list completely omits any mention of bicycles and bicycle safety, even as more people statewide are biking,” staff said. “[The Commonwealth Transportation Board] should include bicycle safety and infrastructure projects (such as striping for bicycle lanes, road diets, etc.) as eligible low-cost, high-benefit improvements.”

Staff encouraged the Transportation Commission to approve a drafted letter opposing the criteria changes. No action was taken at the meeting, so that commission members could make changes and sent the letter within the next week.