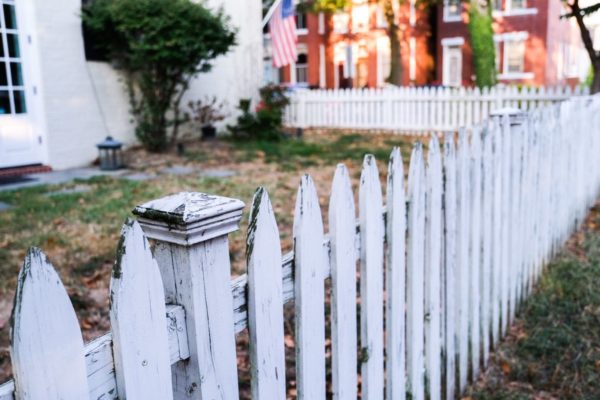 If you were one of the Alexandrians building 18-foot high fences and justifying them as “trellises,” your days of evading local ordinances are numbered.

As part of an ongoing effort to update Alexandria’s zoning ordinances from the 1990s — which a report noted contains errors and inconsistencies — city staff is updating the city’s rules regarding fences and structures on residential and commercial properties in the city.

“Throughout the past several years staff has identified various challenges of the Zoning Ordinance and recommends providing updates to regulate the placement of fences and structures through modifying allowed fence heights and visions clearance provisions,” the report said.

The report adds definitions for arbors and pergolas, noting that both structures must be at least 80 percent open. At a Planning Commission meeting last Thursday (Oct. 3), staff said the changes were necessary to combat residents using the current vague language to build structures that amounted to fences that exceeded the city’s limits.

“There is a need for height limits to these accessory structures, for instance, trellises,” staff said. “What we found are people are erecting trellises to use as fences. These are 12, 15, even 18 feet high. They’re saying it’s a trellis even when it’s a fence. We’re looking to create some type of height regulation to prevent abuse of having no regulation.”

The new ordinance mandates that these structures be no more than ten feet in height — high enough to stand under but low enough to maintain vegetation growing on the structure.

For those building legitimate fences, though, the ordinance now gives homeowners another half-foot of leeway, increasing maximum fence heights from 3.5 feet to 4 feet.

“I’m completely in support of this effort,” said Planning Commission member Stephen Koenig. “I think this is another phase in what is a continuous, well organized, thoughtful examination of the zoning ordinance. This is a very nice package of rather interrelated and coordinated bits and pieces at the small neighborhood scale.”