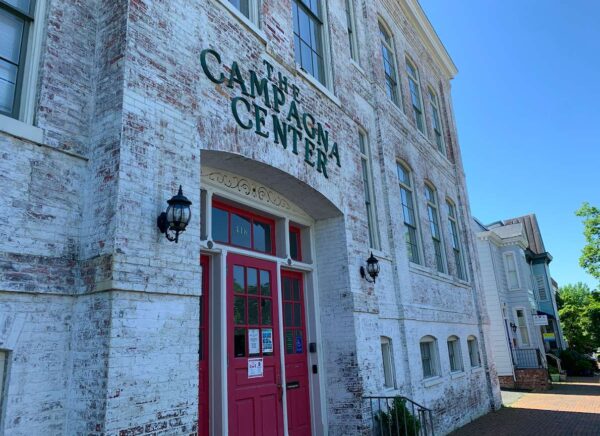 END_OF_DOCUMENT_TOKEN_TO_BE_REPLACED

It was a clear and slightly brisk Saturday afternoon (Dec. 4) in Old Town for the Campagna Center’s 50th Scottish Christmas Walk Parade.

The parade, which was canceled last year due to the pandemic, is one of the most popular events in the city.

U.S. Sen. Mark Warner was the grand marshal, and along with the mayor and other local dignitaries, waved at dozens of Scottish clans and bagpiping groups, including the City of Alexandria Pipes and Drums.

The Campagna Center is hosting the 50th annual Scottish Christmas Walk Weekend with the iconic parade scheduled for Saturday, Dec.4.

The parade is scheduled to start at 11 a.m. and will be marshaled by Sen. Mark Warner. The event is planned to start at St. Asaph and Queen Streets and end outside City Hall.

“At the Campagna Center’s iconic Scottish Christmas Walk Parade, dozens of Scottish clans dressed in colorful tartans parade through the streets of Old Town, joined by pipe and drum bands from around the region, as well as terriers and hounds,” Visit Alexandria said on its website.

The event was canceled last year. 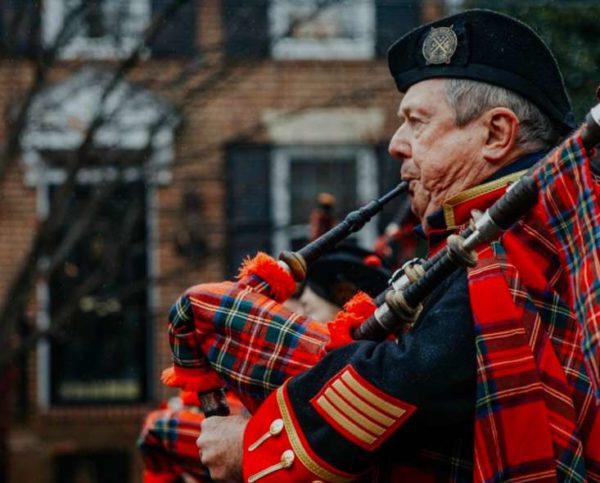 While the Scottish Christmas Parade is cancelled this year, President and CEO of The Campagna Center Tammy Mann said the non-profit’s early childhood programs that rely on the fundraising this weekend are no less in demand.

“Given health challenge, not going to be able to set it up that way,” Mann said. “We have about 400 families that we’re going to be providing books, grocery gift cards, and stocking stuffers for children. We’re grateful that we’re able to do it, and I know our families have been incredibly responsive to the many ways we’ve adapted and been able to get things to them during this period… But obviously if we could have that experience, that would be what you would want, so parents could choose the things they want.”

Mann said instead of allowing children to pick their own gifts, The Campagna Center staff packaged toys for children.

“While parade is not happening, needs we have to address since pandemic began go on,” Mann said. “We are definitely wanting people to be aware of the cause behind it and find ways to contribute and support the work.”

That funding goes to support programs like one that provides an in-person learning space for children K-5 if their parents are not able to work from home. The in-person learning program has been in operation at two sites since classes started this summer.

Mann said the program has already been more expensive than it usually is because of the added cost of PPE and COVID testing for staff.

“The cost of taking all of that on has been something where we had to get creative on raising funds to support,” Mann said. “Parents are not evenly sharing in that because it’s a sliding payscale based on income.”

Donations can be made to the program through their website: either in small donations starting at $25 or larger donations for companies, organizations or individuals called Guardian Angels.

As Mann looks to the next year, she said it’s difficult to plan what comes next with the situation being as uncertain as it is.

“The need for after care services will continue to exist,” Mann said, “[but it’s] hard to predict what that will look and feel like. “

Right now, Mann said her focus is on adapting to changing plans for school structure. The Campagna Center also continues to operate an emergency diaper bank for families and offering tutoring services.

“There are a number of outreach efforts underway in December that, as families move into the holidays, there are things they won’t have to worry about or figure out how to make happen,” Mann said. “We appreciate all that folk have done in the city.”