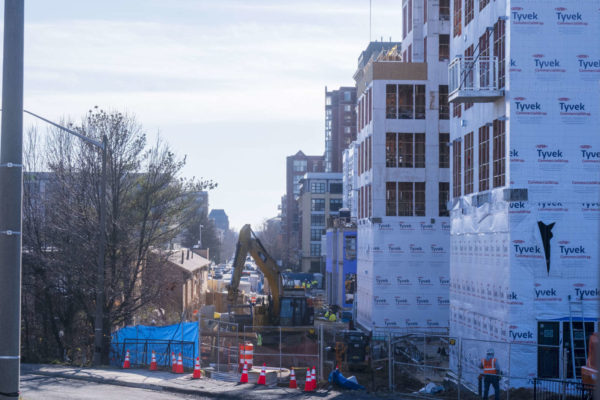 Last week, Alexandria city staff pulled back the curtain on the city’s progress on turning Old Town North into an arts district.

The goal is to trade density in Old Town North for arts uses — mirroring earlier arrangements between the city and developers for affordable housing uses.

At an “Old Town North Arts and Cultural Uses” meeting last week, Director of Planning and Zoning Karl Moritz offered an overview of sites in Old Town North making use of that arts density.

Two have already been constructed, two have had their development special use permits approved, the former power plant site has had a coordinated development district (CDD) approved, and a sixth location is under review.

The Muse (1201 N. Royal Street) is set to house The Art League along with other arts programs. Theater company MetroStage is working on opening at The Venue ( 925 N. Fairfax Street).

Musical instruction program Levine Music was approved earlier this year as the tenant at the TideLock development ( 1033, 1055 and 1111 N Fairfax Street). 901 N. Pitt Street, meanwhile, will be the new home of CityDance.

The public at the meeting was surveyed on what other arts uses they’d like to see in Old Town North. Suggestions included a piano bar, a jazz club and an opera house, but one of the most popular suggestions was a Governor’s School for the Arts — a type of public arts program. There are Governor’s Schools in other states, like Kentucky and South Carolina, and several across Virginia.