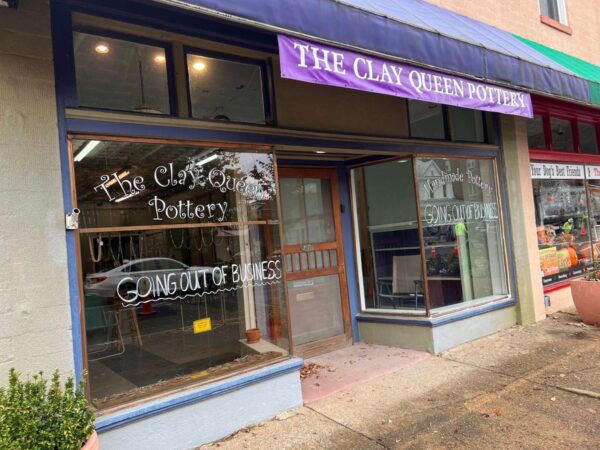 The shop at 2303 Mount Vernon Avenue in Del Ray is nearly vacant, and small renovations are being made to the building interior.

The business closed due to the retirement of owner Renee Altman, as first reported by Alexandria Living Magazine. Clay Queen Pottery sold pottery and jewelry, and provided pottery classes.

There’s no word of what will go into the space, but Paul Haire, owner of The Dog Store — next door at 2301 Mount Vernon Avenue, would like to use the space for an expansion.

“I would love to use the spce for an expansion,” Haire said. “I’d like to do that. Let’s see what happens with that in the future.”