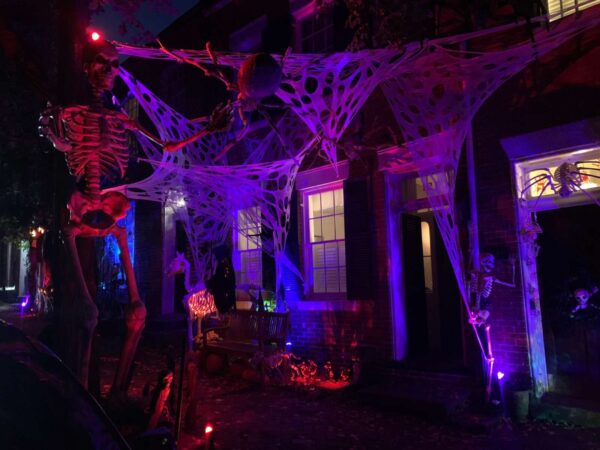 South Lee Street in Old Town will be closed this afternoon starting around 4:30 for one of the area’s most legendary Halloween events.

Every year, South Lee Street shuts down for a large Halloween event that runs from the 100 to 600 blocks.

“The closures are scheduled to begin on Monday, October 31, 2022, at 4:30 p.m. with the 100-600 blocks of South Lee Street between King and Gibbon Streets closing,” the Alexandria Police Department said in a release. “The streets are slated to be reopened by 8 p.m.”

The release said officers will be directing traffic on the street between Gibbon and Green Streets. Normal traffic is expected to resume at 8 p.m.

“The public can expect an increased police presence in the area, and drivers are asked to remain alert,” the alert said. “Please note there is a possibility of other road closures that are not mentioned which would take place as an increased safety measure.”

If your car is towed for being parked illegally on the street, the release said to call the Department of Emergency & Customer Communications at 703 746 4444.