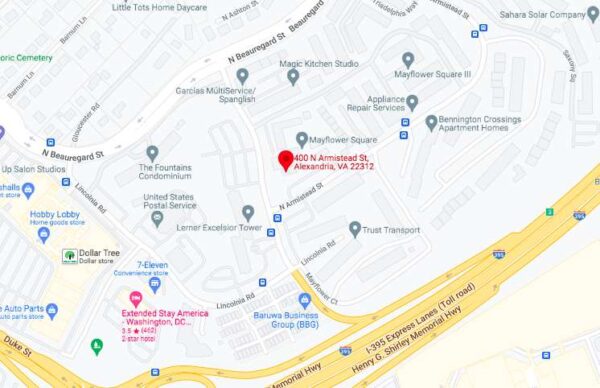 A 14-year-old Alexandria boy was arrested and charged with robbery after allegedly pistol-whipping a juvenile in the West End.

The incident occurred on Tuesday, July 5, in the 400 block of N. Armistead Street. Police found the juvenile victim with a “large amount of blood” on his hands, as well as abrasions on his head and cheek, according to a search warrant affidavit.

The victim told police that three suspects stole his backpack and Apple Air Pods by force, and that one of them hit him with a plastic gun.

“One of the suspects possessed an apparent plastic gun and pistol whipped (the victim) with the weapon while in the process of stealing their property,” police said in the search warrant affidavit. “Another suspect displayed a knife and threatened to use it against (the victim) during the incident.”

The suspect who allegedly hit the victim was positively identified in a photo line up, and was arrested and charged with robbery from person. He was taken to the Northern Virginia Juvenile Detention Center.