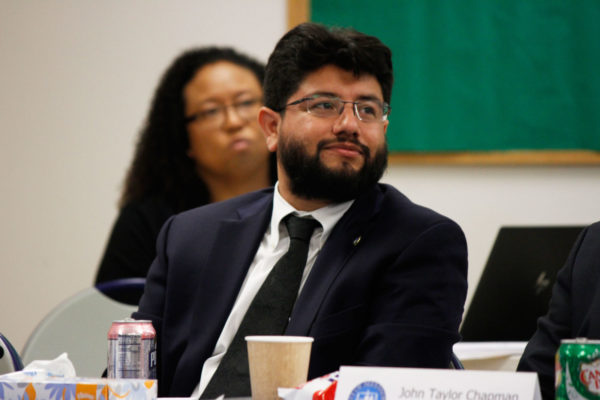 An Alexandria City Council member and School Board member have announced plans for a “community listening session” to get public input on the state of the city and schools.

The planned meeting, hosted by City Council member Canek Aguirre and School Board member Abdel Elnoubi, comes after some back and forth between city leaders and state officials on safety and security in Alexandria schools.

Prompted by the murder of a student earlier this year and several instances of violence in Alexandria City Public Schools, Virginia Attorney General Jason Miyares said in a letter to Mayor Justin Wilson and to the Alexandria School Board that he urges Alexandria to work closely with law enforcement to strengthen the city’s School Resource Officer (SRO) program. Wilson and School Board Chair Meagan Alderton responded this week with a letter saying Miyares’ comments mischaracterize the state of security in ACPS.

ACPS has stepped up security at the schools this year, but some parents have said they are still concerned about safety in the schools. A group of parents met last month — in the same library where the listening session is to be held — and drafted their own list of requests for ACPS, mainly centering around the troubled SRO program and increasing transparency.

“Join us for a community conversation about the city and schools,” the flyer for the listening session said. “Share your thoughts and questions with your elected representatives.”