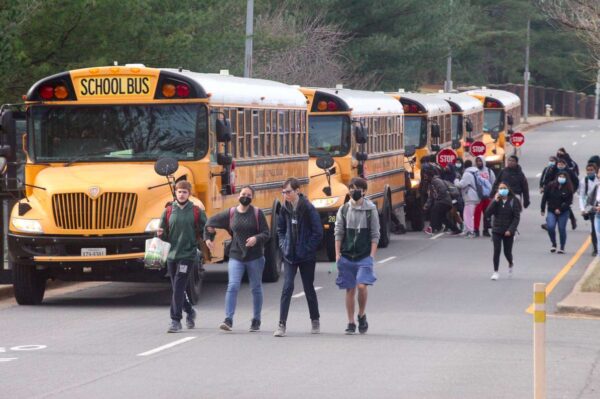 Prompted by the murder of a student earlier this year and several instances of violence in ACPS, Virginia Attorney General Jason Miyares said in a letter to Wilson and to the Alexandria School Board that he urges Alexandria to work closely with law enforcement to strengthen the city’s School Resource Officer (SRO) program.

We must all work collaboratively to make schools a safer place for Virginia's students free from drugs, violence and crime.

Ensuring the role of SROs is a great step in that direction, and my office is committed to helping in any way possible.https://t.co/Xoc19WrLVa

In response, Wilson and Alderton wrote a letter saying they welcome state support in making schools more secure, but said they disagreed with some of Miyares’ characterization of the state of ACPS.

We believe, as you do, that schools should be safe environments where every student can thrive. Our amazing educators and support staff work in partnership with law enforcement, our Commonwealth’s Attorney and the families that we are privileged to serve. That collaboration is reflected quite clearly in the discipline, crime and violence reports made by the Alexandria City Public Schools annually to the Virginia Department of Education. Those reports reflect different realities in our schools than depicted in your letter.

Wilson and Alderton said Alexandria could be better served with more funding directly into the local police and into additional educational programs proposed by previous Governor Ralph Northam but cut back under Governor Glenn Youngkin.

“Alexandria has always worked in partnership with City agencies and the agencies of the Commonwealth to give our students the best opportunity at success,” Wilson and Alderton wrote. “We look forward to welcoming you to Alexandria to discuss and determine ways to expand the Commonwealth’s support of our youth.”

There were 18 students arrested in the first half of the 2021-2022 school year, along with 41 reported fights and 13 confiscated weapons. This year, security has been stepped up at ACPS.

There are a few Southern niceties baked into both letters and a broader political context at play than just questions about the staffing of Alexandria’s SRO program.

Battling against Northern Virginia school districts over various issues was a focal point of Youngkin’s campaign and has remained an ongoing thread of his governorship.

Likewise, the City Council removing SROs — despite school officials fighting to keep the program — was part of a broader push for police reform in Alexandria. The program was reinstated after several violent incidents, including the shooting at the same McDonalds where a student was later murdered and another student arrested for possessing a gun on school grounds. However, two SROs were later removed after accusations emerged that they’d had sexually inappropriate conversations with a student.

Earlier this week, the City Council, School Board and media received a letter from Attorney General @JasonMiyaresVA offering the assistance of his office.

Along with @ACPSk12 Chair Alderton we have invited him to Alexandria with some suggestions of how Richmond can help. pic.twitter.com/34rl1qFLlk